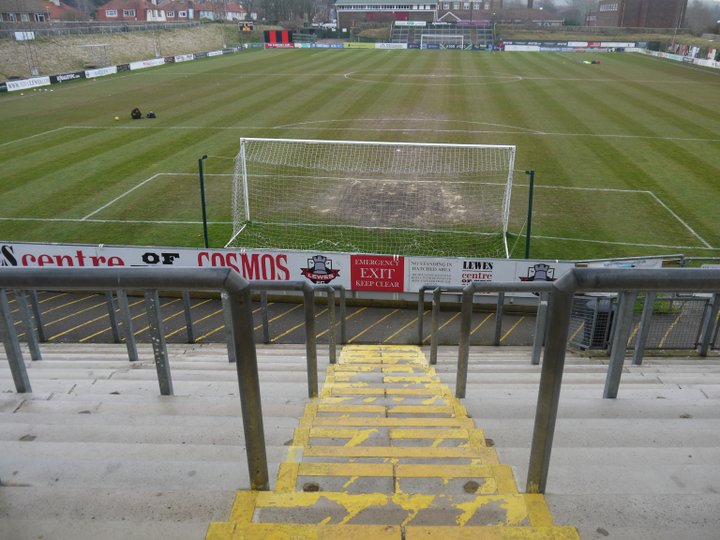 Leatherhead must be sick of the sight of Lewes. Three matches against the Rooks during the last twelve days have seen them fail to record a victory, and last night they suffered another defeat- this one seeing them crash out of the FA Cup after being seconds from victory.

The evening started very well for the majority of the three hundred and ninety five at the Dripping Pan, as Dayshonne Golding scored for the second match in a row to give the Rooks the lead. Leatherhead bounced back quickly, however, Eddie D'Sane drawing them level from the spot- and then they were ahead, AFC Wimbledon loanee Tommy Wood finding the net after twenty three minutes.

The Tanners held onto that lead until the very last minute, and the Rooks equaliser was controversial- although the controversy seems to be cleared up by a video taken by a supporter from behind the goal. A corner comes in, Jordy Mongoy forces the ball forward, and Tanners keeper Zaki Oualah manages a save- but the Assistant flags for a goal, believing the ball is over the line. Watching the video, it seems as if the Assistant was right- but both Oualah and Will Salmon later picked up yellow cards for their protests. Take a look at the video here and make up your own mind.

Extra time followed with no further goals- although there was a red card, Wood picking up a second yellow- and we were off to penalties, which the Rooks were very good at, the Tanners rather less effective. Leatherhead went first, but managed to score only one of four penalties, Lewes putting each of their three in the back of the net to earn a home tie against Bowers & Pitsea in the next round.

That match will be played on September 21st.