Angels and Hawks crash to earth 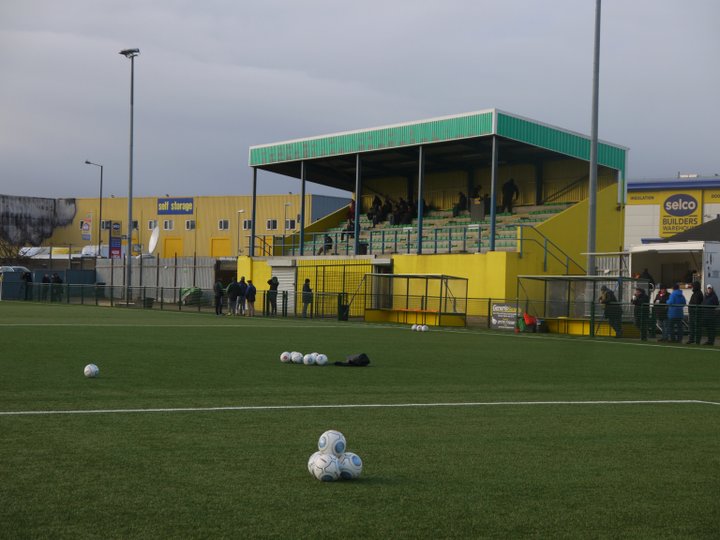 Over the past few weeks Haringey Borough have stuttered in the league, and it was suggested by many that the side was being distracted by their FA Cup heroics. On Friday, of course, that cup run came to an end, as they fell to a late, deflected goal in front of the watching millions against AFC Wimbledon. Last night they proved that, without distractions, they are pretty good in the League, too!

Tonbridge Angels, league leaders for much of the campaign, rolled up to White Hart Lane knowing that victory would take them back to the top of the pile. Ninety minutes later they rolled out again thoroughly demoralised, having been comprehensively dismantled by Tom Loizou's side.

Rakim Richards started the rout in the 22nd minute, with a goal from the edge of the box, and that's how it remained at half time. After the interval Coby Rowe grabbed two, before Georgios Aresti rubbed salt in the wounds in the very last minute to give his side a 4-0 victory which lifts them into fifteenth place.

Carshalton Athletic are up to sixth, their fine form continuing as they recorded a fifth straight league win at home to Whitehawk. Both goals came in the opening quarter of an hour, Omar Koroma and Calvin Morath-Gibbs finding the net. Hawks have now gone nine league matches without a victory, picking up only two points from the last twenty seven and remaining outside the bottom three only on goal difference.

We have an interesting programme of fixtures tonight. In the Premier Division Bognor Regis Town will be hoping to climb above local rivals Worthing with victory over Corinthian-Casuals, whilst Enfield Town- in third- will hope to close the gap on Angels and leaders Dorking Wanderers to a single point by defeating the Mackerel Men. Worthing, of course, could scupper the plans of both Rocks and Towners with victory at Donkey Lane, and would go third in consequence.

Brightlingsea Regent and Wingate & Finchley are seperated by only one point, so it should be a close battle at the Taydal.

In the Velocity Trophy Folkestone Invicta will hope not to become the latest giants slain by Hayes & Yeading United, whilst up the coast Whitstable Town entertain Cheshunt.

Finally, we've two FA Trophy replays. Chipstead head through the traffic to Bedford Town, whilst Brentwood Town travel still further, to Poole Town. Good luck to both of our sides.

Alan Turvey  We mourn the passing of our esteemed President