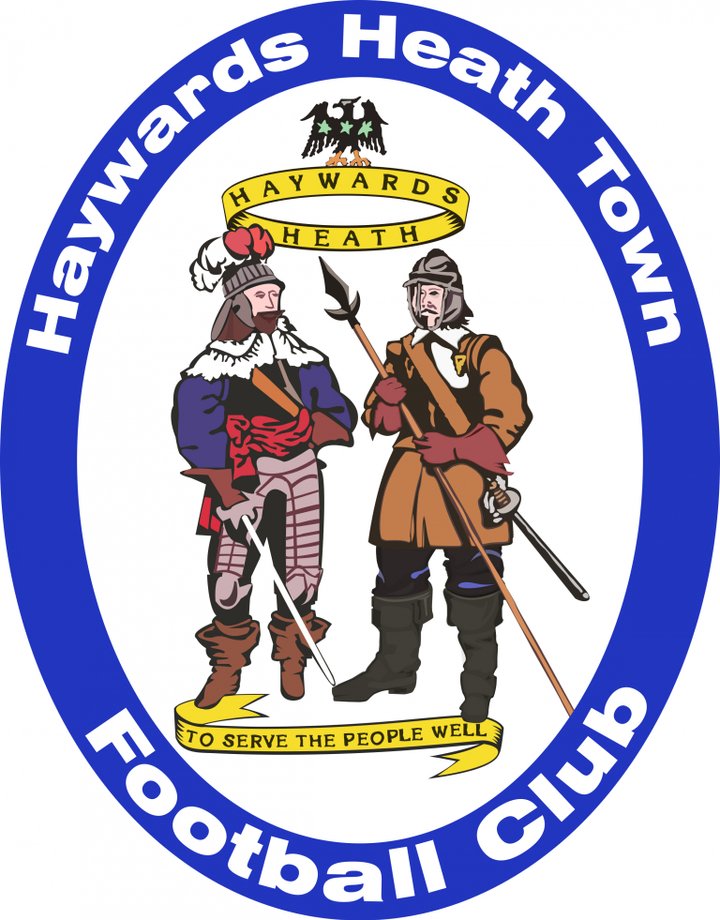 We move only a few miles, from Burgess Hill to Haywards Heath. Stu Morgan brings us news from Hanbury Park.

Stu Morgan thoroughly enjoyed Haywards Heath Town’s debut Isthmian League season- and with good reason. Can they do even better this time around? 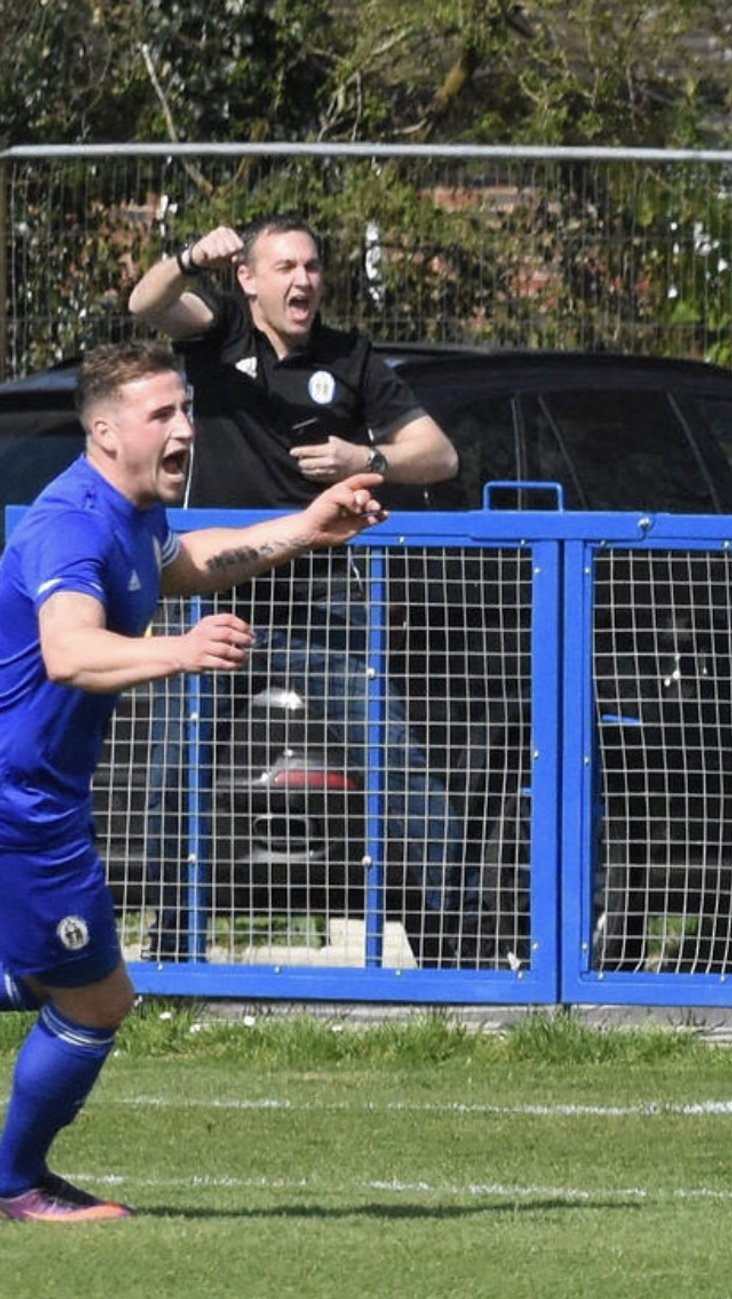 Stu- behind the barriers- in celebration mode

Last season was full of highs, with new places to go each week and seeing how we would compete. The favourite moments had to be doing league doubles against Hastings United and Horsham- both exceptionally good sides and ones that our club have always looked up to.

There were a few lows along the way, but finishing the season losing in the RUR Cup was a real disappointment. It had been a brilliant season with the side reaching the playoffs and shocking many along the way.

The second season will probably be harder than the first. We set a really good benchmark last season but where we went under the radar last season I think we will be on most teams hit list this term. We will hold our own. We never let ourselves get carried away.

It can only be Burgess Hill Town, we have long lived in their shadow as a football club and now we can go toe to toe three times this season. There are also plenty of Sussex derbies to look forward to and that always adds extra spice to a game.

Don’t really have a favourite as they all have something different to offer. I have to say all the clubs were really welcoming last season. The differences between the grounds all add to their charm.
6. Who do you consider your biggest rivals- and why?

Well this season it will obviously be Burgess Hill Town, only a few miles between the clubs and players that have played for both teams. It really should make for some great matches.

Arrive early if you want a parking space! We are a friendly bunch so come and enjoy your time- and enjoy the big main stand that groundhoppers rave about.

I wouldn’t single out any particular player, we have some going into their 4th and 5th season and in non league they have to be commended for their loyalty.

Right, you've read Stu’s views, and if you'd like to represent your Step Four club, then hurry, as the cut off for entries is Wednesday! Please send an email to townsendaround@gmail.com and we shall see what we can do!