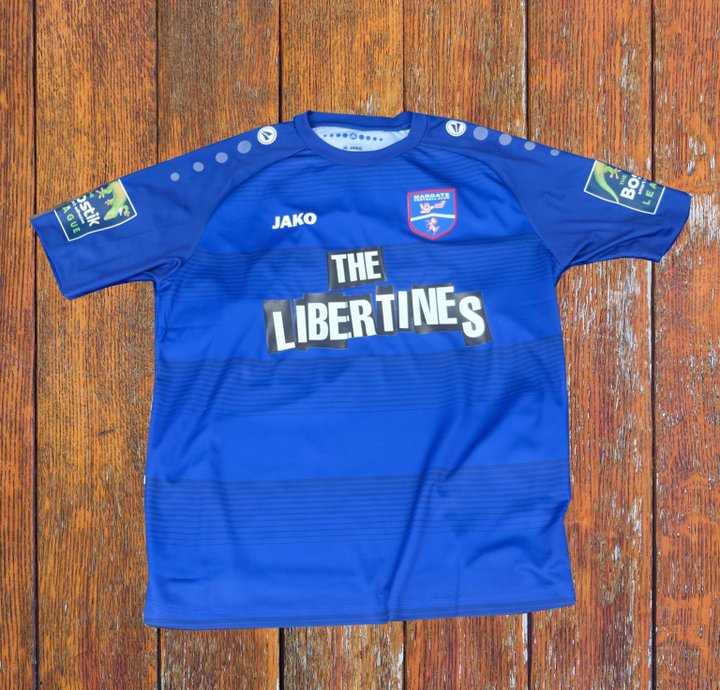 Hanwell sign a pop star, whilst Margate team up with The Libertines

Music and football don't always mix, as anyone who can remember Chris Waddle and Glenn Hoddle singing 'Diamond Lights' will be able to tell you. And the less said about Kevin Keegan's German top ten hit 'Head Over Heels In Love' the better. But when the stars align- think 'World in Motion,' 'Three Lions' and Squeeze sponsoring Lewes- the partnership can be heavenly; and two of our clubs yesterday announced that they and the business we call show had decided to make a beautiful noise together.

Down on the Kent coast, a new and perhaps unlikely partnership has been formed. Margate FC and one of the most talked about bands of the late nineties and early noughties have teamed up to make sweet music- indeed, you could even say they have been 'Bound Together'- as Pete Doherty, Carl Barât and co have been announced as the club's new shirt sponsors.

The band are no strangers to Margate having recently started up a new hotel and studio, The Albion Rooms, on the seafront. They also took on what was the dilapidated Palm Bay Hotel on Eastern Esplanade in the town last year and are putting plans into action to launch a creative residential hub featuring a recording studio, bar, and of course hotel rooms. In a statement released by the club, they stated: 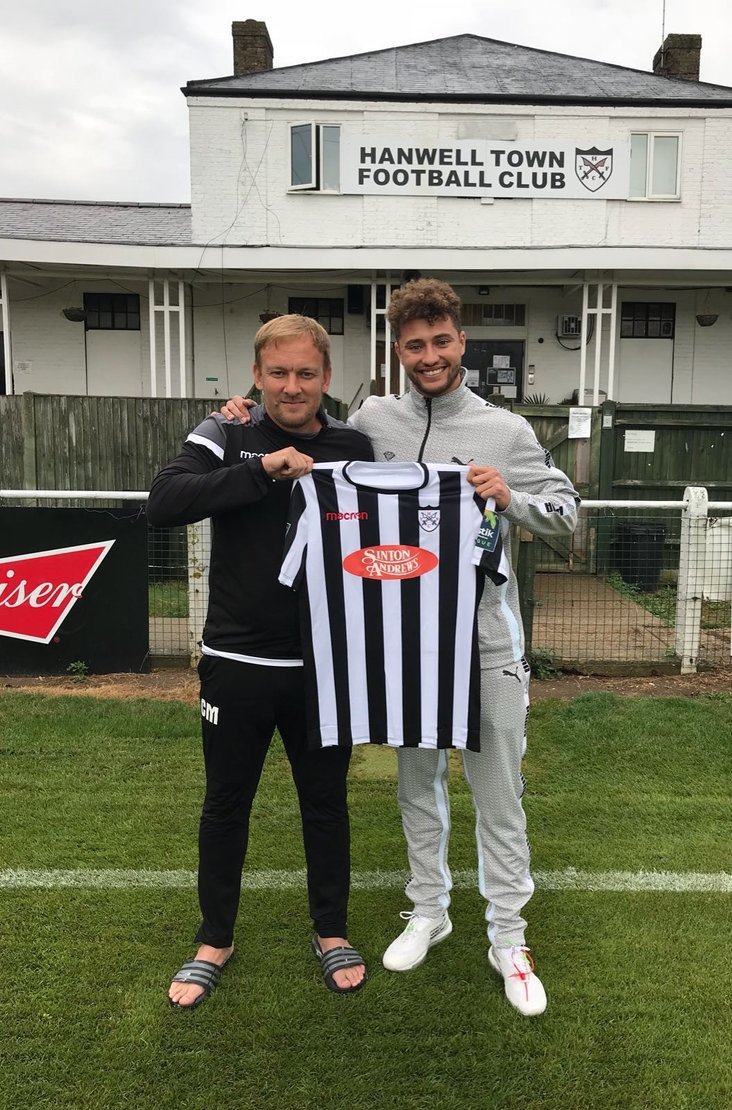 “We're getting very nicely settled into our new home by the seaside... opening our hotel, curating our Sharabang (a music festival on 9th September), and now delighted to be partnering up with local heroes Margate FC as their official shirt sponsor for 2018/19! Feeling very honoured to be part of the magic of this town. See you out there x”

This is a canny move by the club, as a quick glance at social media will suggest that Libertines fans from across the world will be queuing up to purchase their shirts, and then to promote the band, club and League across the world. And if you're a fan (of the club or the band) you can get one too- here.

Hanwell Town have gone in a rather different direction. Not for them the idea of getting the name of a pop group on the front of their shirts- they've decided, instead, to get an actual pop star inside one, announcing the signing of singer Myles Stephenson- a band member from the group Rak-Su, who you may recall triumphed in the X-Factor in December 2017 before having a collection of hits.

Football fans who aren't necessarily up to date with the world of showbusiness may recall Stephenson from Soccer Aid, where he represented England against bandmate Ashley Fongho, who played for the Rest of the World XI.The band are currently working on their Debut album and have just returned from supporting Little Mix on their 2018 Summer Hits Tour.

 Ambitious Robins make the perfect start Our opening #bostikmatchday feature of the season took us to Larges Lane, where Bracknell Town were entertaining Waltham Abbey. And the rest of us.

Invicta to start the season by being charitable  But don’t worry, fabulous Fullicks folk; the charity may be beginning at home – but that’s only off the pitch!