Can the Mackerel Men extend their lead? 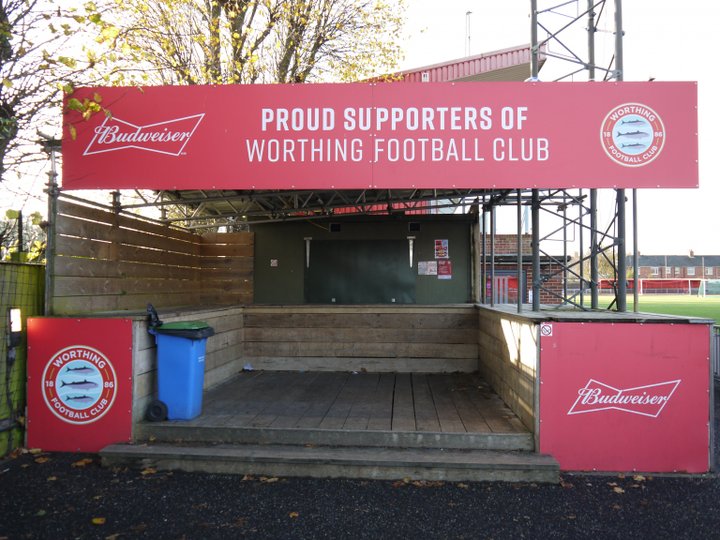 We've looked ahead to all of Saturday's BetVictor Isthmian Premier Division fixtures, to help you prepare for the action! Here's our guide.

Here’s a question for you. Which clubs, in the top seven tiers of English football, have scored more league goals than Worthing this season?

The answer is that there are only four- Manchester City, Barrow, Bromsgrove Sporting and Tiverton Town. The Mackerel Men are in good company, and can lay claim to the title of the Premier Division’s top entertainers- indeed only one BetVictor Isthmian club have scored more- Ware, of the South Central Division. It is no surprise given their prowess in front of goal that they went five points clear at the top last weekend.

Saturday sees Worthing at home to Cheshunt. The Ambers knocked East Thurrock United out of the Velocity Trophy in midweek, and including that match have won three of their last four so will be in good spirits as they travel to Sussex. Two goals from Lloyd Dawes saw Worthing win at Cheshunt in October- the first match in a run of sixteen league games without defeat. The Mackerel Men aren’t just potent at one end, either- in their last five league matches they have conceded only one goal.

Second place Folkestone Invicta slipped up at Bognor Regis Town last weekend, conceding a late, late goal to slip to defeat; but they got their revenge on the Rocks by getting a late goal of their own to knock them out of the Velocity Trophy in midweek. Invicta have only two points from their last nine, form which saw them relinquish top spot- and entertain a resurgent Corinthian-Casuals this weekend. Casuals won at Bowers & Pitsea in midweek, and although they lost their two prior matches 1-0 had beaten Leatherhead and Cheshunt convincingly before that, form which has seen them climb off the bottom of the table. Invicta won the last match between the two sides by a single goal.

Third place Horsham have slipped to eight points behind Worthing after some inconsistent form of late. The Hornets have won-lost-won-lost-won-lost their last six matches so will hope that pattern continues once more as they entertain Bishop’s Stortford. The Blues have only two points from their last twelve- but did beat the Hornets two-nil in October.

Carshalton Athletic boss Peter Adeniyi is celebrating his birthday this week, and would truly love his side to give him the present of three points as they travel to Kingstonian. The Robins have won their last three matches, whilst the K’s have had an uncharacteristic stutter, with a draw and a defeat from their last couple. The last time the sides met the score was 2-2, a match which saw the K’s lose a two goal lead.

Cray Wanderers, in fifth place, are the second highest scorers in the Division- and although they have been rather less prolific of late there are still unbeaten in five matches. They travel to face Enfield Town, who have lost only one of their last five but who lost their grip on the Velocity trophy in midweek as Brightlingsea Regent knocked them out at the QEII Stadium. Victory for the Towners would put them level on points with Wands- a big victory might take them above their visitors on goal difference!

Hornchurch, who start the day in sixth, have two, three or even four matches in hand on the teams above them. They travel to Bowers & Pitsea for an Essex derby, and are unbeaten in the league since October 19th, when they lost to Leatherhead at Fetcham Grove. The Urchins do need to start turning draws into victories, however, having taken one point from six of their last ten matches. Bowers have been a little up and down of late, having followed a three game winning streak with two wins, a draw and three defeats in their last six- including in midweek when they lost to Corinthian-Casuals at the Len Salmon a few days after beating the same club at King George’s Field. Twenty one goal Chris Dickson hasn’t scored in his last two matches, so is due to get back on the scoresheet for the Urchins, whilst Bowers have sixteen goal Bradley Warner in similarly good form.

East Thurrock United, who start the match in eighth place, travel to the Dripping Pan to face Lewes. The Rooks might have been more confident had the match been played in Essex, as they have won six times on the road but only once at the Pan, whilst the Rocks would probably agree with that, as they’re far better at Rookery Hill than on their travels. The visitors are four games unbeaten, whilst Lewes have won two and lost four of their last six but have an eight point cushion over the bottom three.

Bognor Regis Town have finally had enough of Folkestone Invicta and have decided to play somebody else! The other Rocks travel to the Pakex to take on Potters Bar Town, and will hope to make it a third league win in a row- and get a bit nearer to the top five. The Scholars start the day five points behind their visitors, but having won four and lost four of their last eight their chance of victory will depend on which Scholars turn up! Bar are another side who seem to do better away than at home, nineteen of their thirty three points coming on the road, whilst Bognor have picked up exactly half of their twelve victories on their travels.

We’ve a Surrey derby at Fetcham Grove as Leatherhead entertain Merstham. The Tanners had an injury, illness and unavailability crisis in midweek at Worthing, with Manager Nikki Bull having to play in midfield and only one player on the bench- Assistant Manager Martin McCarthy! At least they should be able to call on their five cup-tied players this time around, but after taking only four points from their last twelve they’ll be hoping to get back to wining ways. That statistic should probably be countered with the fact that they’ve been almost permanently on the road of late, playing four of their last six league games away from Fetcham Grove.

The Moatsiders got back to winning ways against Horsham last time out, and will be hoping to build on that, and put behind them the form that saw them win only one in the previous nine prior to that match.

Thirteenth face twelfth as Margate host Haringey Borough. Margate have won only two of their last ten league matches, but had a good Velocity Trophy win at Wingate & Finchley in midweek. Borough have seen their squad hit by injury and departures over the past month or so, but have also seen their form improve, with only one defeat from their last four. They defeated Potters Bar Town last time out.

Finally, our bottom two meet as Wingate and Finchley entertain Brightlingsea Regent. Regent have taken only six points from their last ten league matches, but will be boosted by their Velocity Trophy win at Enfield Town in midweek. Their hosts would love a tally like that, as the same period has seen them remain winless and pick up only three points- but they could move off the bottom if they can win this one.

 Holloway for Hawks...and a trio of new arrivals Harlow appoint from within- and the new man strengthens his squad

City sign former Seed Growers goal machine- and then they don't!  Nwachuku heads to Cambridge, and then leaves before arriving!