Can you see us on TV? 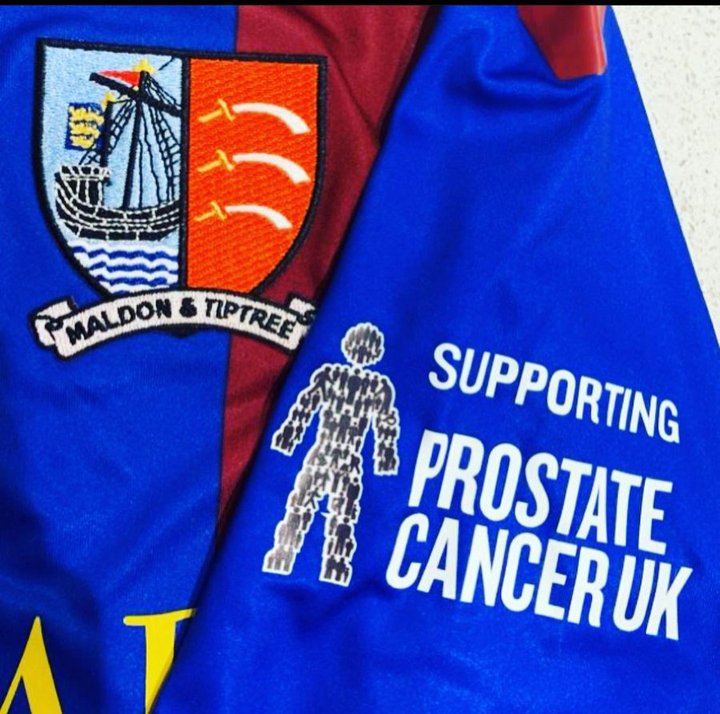 Jammers, K's and City bring the magic of the FA Cup into your living rooms tonight, Saturday and Sunday

It's rather marvellous that we have three clubs in the Second Round of the FA Cup- and all three of them will feature on that large screen in your living room, starting tonight!

Maldon and Tiptree entered the competition in the Preliminary Round, and have so far defeated Saffron Walden Town, Histon, Wingate and Finchley, Chertsey Town, Royston Town and Leyton Orient. Their reward for knocking out the O's is the arrival of another League Two side, Newport County, at Park Drive this evening- and if you were unable to get a ticket for this sold out match then you can watch it all on BBC2. Kick off is at 7.55PM, but the show starts at 7.30, and despite the image on the BBC website showing crisp salesman Gary Lineker coverage will actually be hosted by early riser Dan Walker.

The Jammers will be rewarded with a broadcast fee of £75,000, but they'll be far more focused on the rewards- both financial and in glory- which will arrive if they manage to down a fourth giant and make it to the Third Round. They've also announced that they've partnered with the Prostate Cancer UK charity for the occasion, so will be wearing the 'Man of Men' on their shirts- as shown in our image above, which comes courtesy of the club.

County have been in uncertain form of late, their only win- apart from in the EFL Trophy, when a much-changed side defeated Cheltenham Town- coming in their replay victory over Grimsby Town in the last round of this competition. They'll need to be at their best, as the Jammers have been magnificent this season, and indeed hadn't lost anything other than a penalty shootout until last weekend.

On to tomorrow now, and Kingstonian are hosting National League side AFC Fylde at the traditional 3PM, but our TV action starts at 12 noon, as King George's Field will play host to Football Focus on BBC1. Once more it will be that man Walker bringing you the action, so here's hoping he turns out to be a lucky charm!

Dan won't be the only early attraction at King George's Field, however. The ground will also be hosting the FA Cup itself, and you can get there early and have your photograph taken with the old tin pot, and imagine yourself walking up the steps to the Royal Box with Rob Tolfrey.

The K's have got to this stage by defeating Walton Casuals, March Town United, Weston Super Mare, Dartford and- of course- Macclesfield Town; whilst their opponents, who are currently eighteenth in the National League, have had to defeat 'only' Peterborough Sports and Nantwich Town. The home side are seven matches unbeaten- and indeed have only one defeat in fourteen.

A small number of tickets are still left for this match- head here for details.

Finally, Sunday certainly won't be a day of rest for Chichester City. Chi started their run to the Second Round when many of us were still sitting on a beach, defeating Erith Town in the Extra Preliminary Round on Saturday 10th August. Since then they've defeated Bridon Ropes, Chalfont St Peter, Hartley Wintney, Enfield Town, Bowers and Pitsea- and then nobody, as they famously got a bye in the First Round. They've a long trip on their hands as they head to Merseyside to take on Tranmere Rovers, the match being shown live on BT Sport One with a 3PM kick off.

Rovers are twentieth in League One, and got to this stage after defeating Wycombe Wanderers on penalties after a First Round Replay. Apart from that penalty victory they've not been in the best of form, with only one win in their last eight in all competitions. Last weekend they lost 2-1 at Fleetwood Town.

Good luck to each of our clubs. We hope to see you all in the Third Round draw on Monday, which will be taking place at the Etihad Stadium, home of the holders, Manchester City. By the way, in the event that each club is successful, Kingstonian will be ball 49, Chichester City ball 50, and Maldon & Tiptree ball 60! BBC2 at 7PM!

 Another Hillian We gave you some Burgess Hill transfer news yesterday- but in case you wanted more, here it is!

Two Bridges!  Three Bridges bring in a keeper and a defender