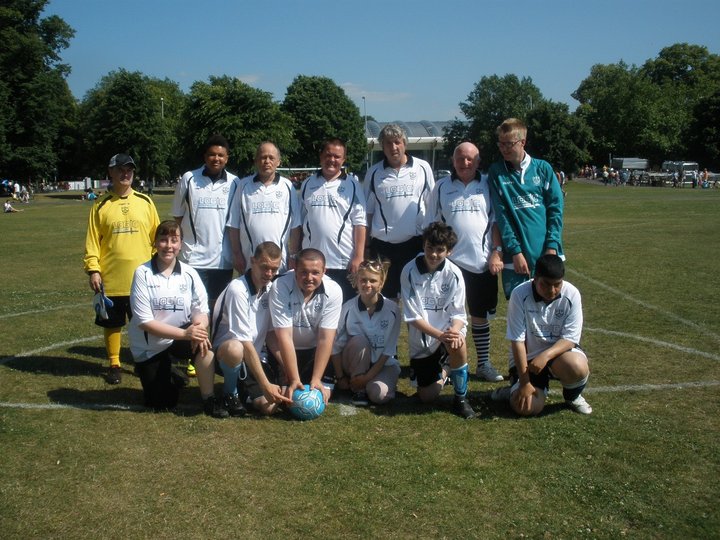 North Division Cambridge City FC have been in magnificent form of late, taking sixteen points from their last eighteen. But success runs much deeper than just the first team, as the clubs’ ParAbility sides have also been sweeping all before them. Chris Cox got in touch to tell us more.

The squads train at the North Cambridge Academy on Tuesday evenings and play in a bi-monthly tournament on at Coldham's Common. During a tournament in March, both sides from City won all their matches and now sit at the top of their respective leagues. This follows on from the first team representing Cambridgeshire in the regional final of the 'Peoples Cup' last season.

City’s players have a mix of disabilities including autism, ADHD, learning difficulties and epilepsy. Football is a great way for them to release energy and relax. Day-to-day they are either at college, working on zero hours contracts or living at home receiving benefits due to their conditions. The current Coronavirus pandemic is not just affecting their football but also their mental health, and making things difficult for them in their daily lives. At present, the club is supporting one player who receives no financial support whatsoever and is solely supported by his mum.

“The ParAbility squad have been training very hard and their tournament win was just reward for all their hard work. I must thank Gill Wordingham for sourcing shirts and training tops for the squads. We are grateful for the continued support we receive from the Club and Supporters Trust.”

“We are pleased to announce the Trust will be sponsoring the shirts for the ParAbility teams next season as we have done for the men’s first team this season. The Trust support men’s and women’s football at every age group at the Club and this would not be possible without the generosity of our fans.”

“The ParAbility teams at Cambridge City have always been successful thanks to the dedication of the players but especially the dedication and support from our volunteers. We are blessed with so many volunteers across the club and are truly thankful for their continued efforts.”

The ParAbility Football Project aims to showcase the variety of footballing opportunities available to disabled people across the county. For more information visit www.cambridgeshirefa.com.

For more information, or if you feel you could support our ParAbility teams please contact Stuart Nunn on 07743 726926 or stuart.nunn@btconnect.com.

Match of my lifetime: David Cook, East Thurrock Utd v Aveley, April 2009  Groundhopper David gives us his favourite Isthmian match of all time, as the Rocks and the Millers fought for promotion.