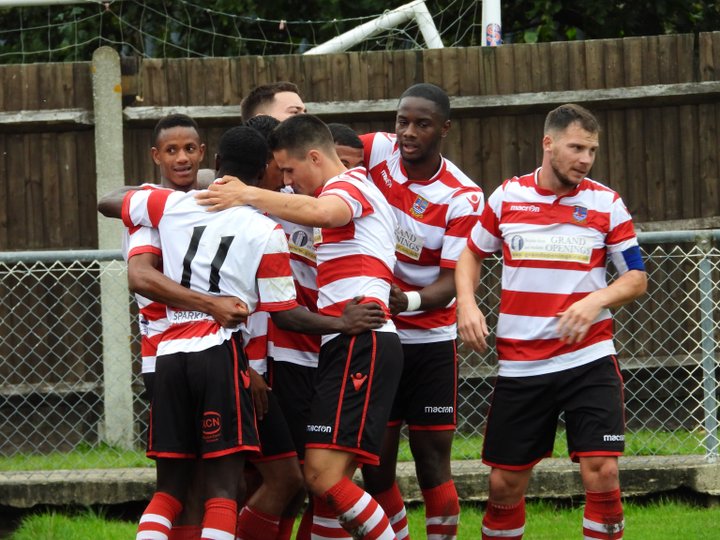 We had lots of FA Cup glory, new leaders in the South East and South Central Divisions, and plenty of goals to discuss. It's our round up.

We’re going to start our round up in Sussex, and we’re off to Chichester City. In the Second Qualifying Round Chi knocked out a Step Three side from the BetVictor Southern Premier, Hartley Wintney, by defeating them 1-0 in a replay. Yesterday they did it again, but this time the Step Three side was one of our own, Enfield Town. The one goal came four minutes from time, and Lloyd Rowlatt got it in front of a crowd of 515. Perhaps that might be another Performance of the Month Award to follow the one we gave them yesterday, you never know!

Another South East side, Whyteleafe, are also through to the Fourth Qualifying Round. Leafe travelled to Abbey Rangers of the Combined Counties Football League determined not to be the latest ‘giants’ slain, and put in a professional performance to win 2-0. Both goals came in the second half, Ronald Sobowale and Junior Aikhionbare with them. 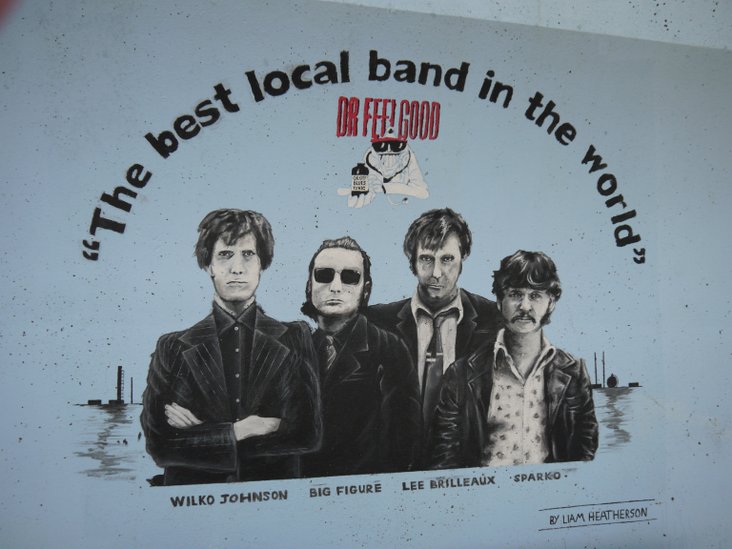 They'd rather have Milk than Alcohol in Canvey Island

We’ve run out of superlatives to describe the performances of Maldon & Tiptree this season. The Jammers came into their match against Chertsey Town on the back of twelve successive victories, and match thirteen was anything but unlucky as they smashed home SIX goals. Charlee Hughes got three of them, Jorome Slew got two, and Laste Dombaxe got the final one in the last minute, whilst Kevin Maclaren got a consolation for the Curfews.

Margate travelled to Wiltshire to face Salisbury, and my goodness they put their hosts to the sword, a double from Noel Leighton, one from Kadell Daniel and an own goal putting them four-one up after sixty five minutes. Salisbury got their second goal in the last minute, but it really didn’t matter as Gate marched on.

Carshalton Athletic made the long trip to the Suffolk coast to take on Lowestoft Town. The trip home will have seemed much shorter as the Robins ran out 2-1 winners, a double from Ricky Korboa doing the damage.

Ware finally lost a match, Potters Bar Town travelling to Wodson Park for a local derby and winning two-one despite falling behind in the eighth minute. Olu Akinsanya put the Blues ahead, but their lead lasted only seven minutes before James Budden equalised, and Josh Hutchinson broke home hearts with a last minute winner for the Scholars.

Haringey Borough are only one win away from equalling their FA Cup record of last season, a Dimitri Froxylias penalty the only goal of the game against Cray Wanderers- who lost for the first time since August 14th.

We have two replays in midweek. The first will be at Bowers & Pitsea, who drew 1-1 at Canvey Island in our featured match- you can read all about it HERE. The second will be rather more than an eight mile trip for the visitors, as Kingstonian will have to travel all the way to Weston-Super-Mare after a last minute equaliser earned the visitors to King George’s Field a replay. Reece Hall had earlier put the K’s ahead- and our headline image from that match is from Ian Mulcahy- you can seen the rest of his shots HERE.

The rest of the news isn’t so positive. Tooting & Mitcham United fell to defeat for the first time this season as Poole Town left Imperial Fields with a 2-0 victory, whilst Corinthian-Casuals travelled to Kings Langley and fell to a 3-0 defeat.

What Manager of the Month curse? Horsham are the new leaders of the BetVictor Isthmian Premier Division after defeating the former leaders, Hornchurch, 1-0 at the Camping World Community Stadium. Charlie Harris got the only goal ten minutes from time in front of a crowd of six hundred and nineteen.

Folkestone Invicta leapfrog the Urchins into second place. They were made to fight for the points by Brightlingsea Regent, but eventually won by the odd goal in five. A Kieron McCann double and one from Jerson Dos Santos saw Invicta go one-nil, two-one and three-one up, whilst Romario Dunne and a Billy Hunt penalty found the net for the visitors.

East Thurrock United twice came from behind to win at Worthing and climb to fifth place. Reece Myles-Meekums gave the hosts the lead, and although Frankie Merrifield equalised they were level for only four minutes before Worthing went in front once more, Joel Colbran with the goal. Thirteen minutes after the break Merrifield levelled the game, and Ben Marlow got the Rocks winner six minutes from time. Any Rocks fans confused by a banner reading, ‘I’d rather be a Rebel than a Rock,’ needn’t worry, it doesn’t apply to you!

Leatherhead have finally began to climb the table, and they recorded a convincing three-nil win against Cheshunt. Ibrahim Olutade and Travis Gregory got two before the break, Tommy Wood added the third just after the hour.

Maldon & Tiptree have another reason to celebrate tonight; their rivals at the top of the North Division slipped up.

Bury Town lost for the first time this season as Tilbury travelled to Ram Meadow and stunned them by going two goals up, both from Marlon Agyakawa. Ryan Jolland halved the arrears just before the break, but the equaliser wouldn’t come. Town stay second, a point behind the Jammers but having played two matches more. Tilbury climb to ninth.

Grays Athletic could have gone second, but Adam Watkins had other ideas and got the only goal of the match at Parkside for Cambridge City.

Aveley climbed to fourth with a two-one win at Witham Town. Alex Akrofi and Firmin Ngandu put the Millers two up, and although George Bugg got one back the equaliser wouldn’t come for Witham.

Histon were the big winners of the day, scoring four goals in the last eleven minutes of the first half to defeat Great Wakering Rovers. Dan Brown got three of them, Ed Rolph the other, and Jake Gordon’s second half goal for Rovers made no difference to the outcome. Histon go eighth- and Hullbridge Sports are tenth, after defeating Felixstowe and Walton United three-one. The Seasiders took a first half lead through Jack Newman, but Sports hit back after the break and Joseph Wright, Timothy Monsheju and Yemi Ogunfunmilade made victory comfortable.

Dereham Town finally got the impressive victory their performances have hinted at, travelling to Coggeshall Town and winning two-nil. Toby Hilliard got the first after eleven minutes, Ryan Hawkins the second after the break.

Brentwood Town picked up their first victory of the season, defeating AFC Sudbury 3-1 at the Arena. Andy Freeman gave them the lead early on only for Tom Maycock to equalise, but Zak Pianim put the Blues ahead once more just before the break from the spot, and a second spot kick thirteen minutes from the end, this time converted by Jason Williams, made it three.

Basildon United and Heybridge Swifts cancelled each other out. Kris Newby put the Bees ahead, Elliott Ronto equalied seven minutes before the break, and that was that. Swifts are fifth, Basildon eighteenth.

We’ve new leaders at the top of the South Central Division, Hanwell Town taking over at the summit after they comfortable beat Chalfont St Peter whilst Westfield fell to defeat at Barking. Dwayne Duncan, Gareth Chendlik and Jeremiah Miah scored for the Geordies in a three-nil win, whilst a goal in each half from Junior Dadson gave Barking the points at Mayesbrook Park.

Harlow Town fell behind in two minutes at Ashford Town, Dan brown with the goal, but equalised five minutes later through Oliver Gnadi and then completed a smash and grab in the last minute when Matthew Rush scored the winner. The Hawks go fourth, and Bracknell Town are fifth, a Nathan Minhas hat trick helping the Robins to a four-two win over FC Romania. Seb Bowerman got Bracknell’s other goal whilst George Taban and Dinu Barcari found the net for the Wolves.

Uxbridge climbed to seventh, early goals from Mark Bitmead and Mahlondo Martin enough to beat Chipstead, whilst Waltham Abbey scored SIX at Northwood. The Abbotts took a second minute lead through Aron Gordon only for Harry Lodovica to equalise a quarter of an hour later. After the break, however, it was one way traffic- Darrelle Russell, Gordon again, Nathan Koranteng, Louis Bowen and Leonne McKenzie finding the net for the visitors, who climb to eighth.

Our other two matches were drawn. Andy Ali gave Bedfont Sports the lead at Marlow only for Kelvin Bossman to equalise, whilst Hertford Town and South Park couldn’t manage a goal between them.

A crowd of five hundred and eight watched Hastings United replace Sevenoaks Town at the top of the Division by defeating the former leaders- but goodness the Pilot Field crowd had to wait for that victory. Jack Dixon put United ahead just after the break only for Frankie Sawyer to equalise almost immediately, and then three minutes from time, with a draw looking likely, Ryan Worrall put the hosts ahead. Daniel Ajakaiye made it three in the last minute.

Ashford United would have gone top- and retained their one hundred percent record- had they defeated Cray Valley PM at Homelands- but instead they slipped up, a Francis Babalola double for the visitors enough tot ake the points despite David Smith’s earlier equaliser for the Nuts and Bolts.

Phoenix Sports came from two goals down to defeat Burgess Hill Town and go seventh. The Hillians must have thought they were comfortable when they got to the break two-nil up, Drew Matthews and Ryan Palmer with the goals- but the hosts struck back and Jack Hopkins, Ben Allen and Kenny Alireu ensured that the points stayed at home.

Whitehawk were another Sussex club to go into the break ahead, David Martin giving them the lead at Faversham Town- but they also lost, as Matthew Bourne and Michael Freiter turned the match around for Town in the second half. First half goals from Leo Mazzone and Aaron Milbank gave Whitstable Town a two-nil win at home to Three Bridges, whilst Hythe Town replicated that as Jamie Coyle and Thomas Carlton scored the goals which gave them victory over Haywards Heath Town.

East Grinstead Town made it five Sussex away defeats out of five as they fell at Ramsgate. Kane Rowland got a goal in each half for the Rams.

Island life  Canvey and Bowers took to the field in a South Essex derby, the FA Cup Fourth Qualifying Round the prize. They'll need to do it all again next week.