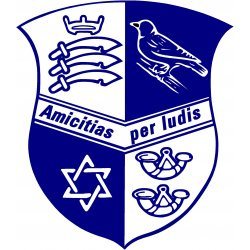 Wingate & Finchley, who parted company with manager Keith Rowland last week, yesterday announced his replacement- or, to be accurate, replacements- and what a fine duo they are!

First up is former Reading FC and England full back Nicky Shorey. As well as his time with the Royals- 284 appearances over two spells- he also turned out in the Premier League for West Bromwich Albion, Fulham and Aston Villa, and most recently was part of the coaching staff at Stevenage Borough. His two England caps came against Germany and Brazil, and if you're only going to play twice for the national team surely those are the opponents you would pick!

Shorey's managerial partner is Glen Little. Bostik League supporters will be familiar with Glen after his time at Grays Athletic, but he'll be better known for his skills as a flying winger at Burnley, Portsmouth, and-of course- Reading. Although he played for only a short time at Pompey, he still plays a significant part in Fratton Park folklore, as part of the side that drew 2-2 with AC Milan in the UEFA Cup. Milan's team included Gattuso, Seedorf, Kaka, Ronaldinho, Inzaghi, and Shevchenko. Pirlo didn't get off the bench!

For more on this story, please visit the Wingate & Finchley website here.

 Supreme Engraving Awards UK- Performance of the Month Awards, September 2018 Who picked up our gongs for performance in September? Here's where you find out!