A Bostik Review of the Year! Part Three-October 2018. 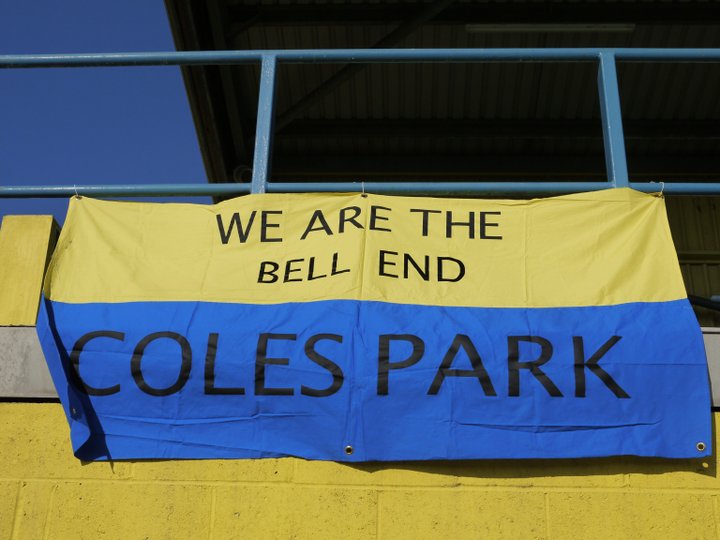 October wasn’t a good month to be a manager!

The managerial merry go round spun so violently in October that eight managers fell off, but we had some wonderful football to distract us, and- of course- Non League Day!

The Premier Division was led by Tonbridge Angels throughout the month, but they began to slip, with three defeats in five- the last one against Enfield Town, who moved to only one point behind Steve McKimm’s side. Dorking Wanderers were beginning to show their form, and ended the month in third, whilst Lewes delivered another impressive victory, travelling to Hornchurch and scoring five. Non League Day saw over 1300 turn up to watch Worthing, more than 800 arrive at Longmead to watch Tonbridge Angels, six hundred and fifty eight turn up at Margate, and six hundred and fifty one at Burgess Hill Town. 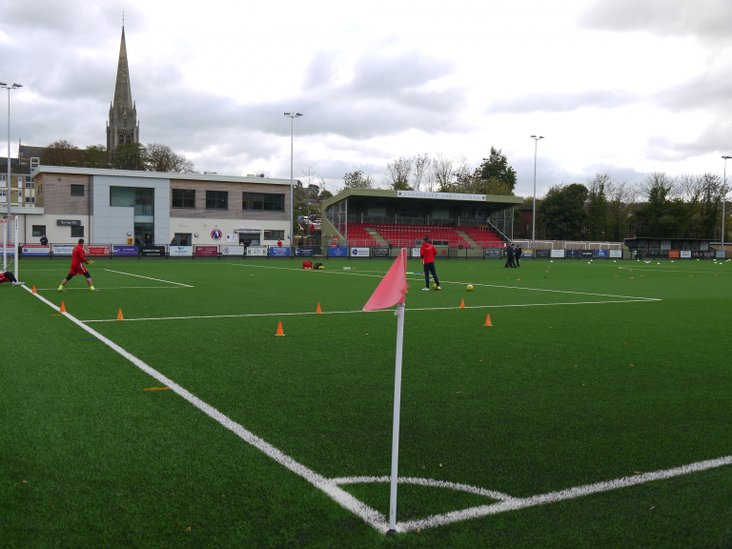 Heybridge Swifts new manager Julian Dicks had an immediate impact, and it continued throughout the month as his charges moved up to fourth place courtesy of four consecutive victories. Bowers and Pitsea climbed to second, but Basildon United remained at the summit.

In the South Central Division, Waltham Abbey ended the month at the summit, defeating Egham Town to record their eighth win in ten matches- with no draws. Bracknell Town were keeping them close, the highlight of their month a seven goal thrashing- Egham again the victims, but Cheshunt also had a spell at the summit, and Hayes were still on their coat-tails. It wasn’t much of a month for the Sarnies, who were also walloped five-nil by Chipstead.

In the South East Division it was all about Cray Wanderers- ten matches played, nine victories, and eight points clear at the top. Mind you, Hastings United in third, thirteen points behind, did have four matches in hand due to some cup heroics! Phoenix Sports sat between the two.

The FA Cup brought some big news, as Haringey Borough got to the First Round Proper for the first time in their history with victory over Poole Town at Coles Park. They then had some even bigger news, as the draw gave them a home tie with AFC Wimbledon! Soon everyone would know who The Bell End was! 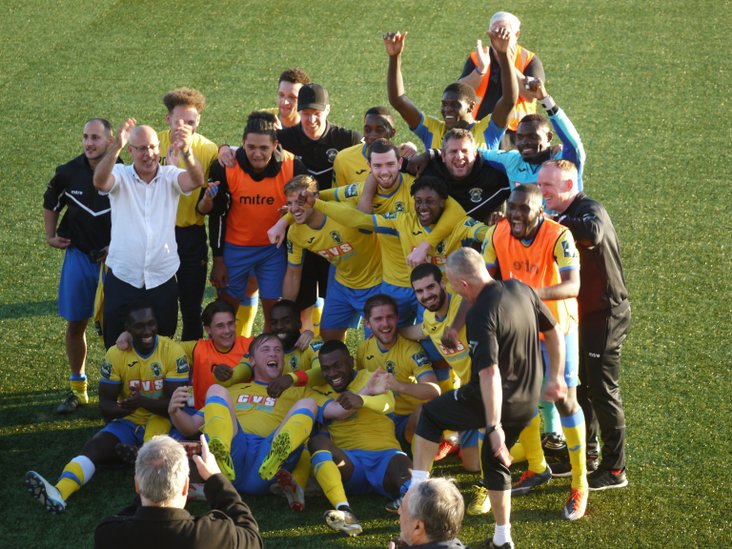 In the FA Trophy, AFC Hornchurch had the biggest win, walloping Ramsgate six-nil. Hayes and Yeading Utd and Horsham killed giants, the latter taking our Corinthian-Casuals.

The big news of the month was not at all positive. Thamesmead Town lost their survival battle and were declared insolvent, their last match being a three-nil win over Guernsey on October 6th.

There was some good news around, however. Romford received planning permission to build a stadium of their very own- all that was missing was the money, so the fundraising began immediately. 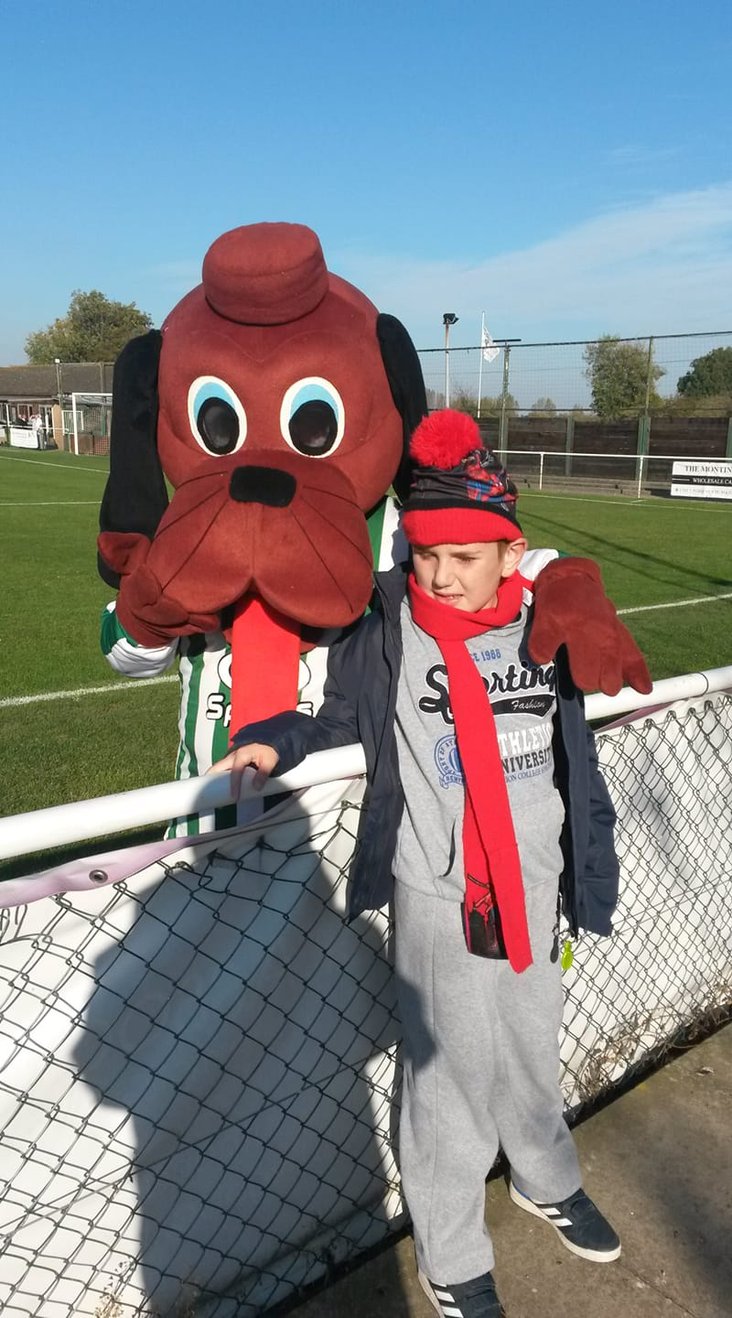 AFC Hornchurch announced that they planned to just be plain old Hornchurch in the future, so long as the FA were ok with the idea (they were),

The managerial merry-go round

The first day of the month brought the first managerial change- at Canvey Island. Long serving Gulls manager Danny Heale decided to step down from his post due to work commitments, but accepted an offer to become the clubs new Director of Football. Along with chairman John Batch, he immediately took on his first task in his new role- appointing his replacement. In came former Grays Athletic manager Mark Bentley.

Potters Bar Town made a change too, James Duncan leaving his post to take a job at Chesham United. Lee O’Leary and Scott Cousins were appointed as a managerial duo just as the month came to an end. 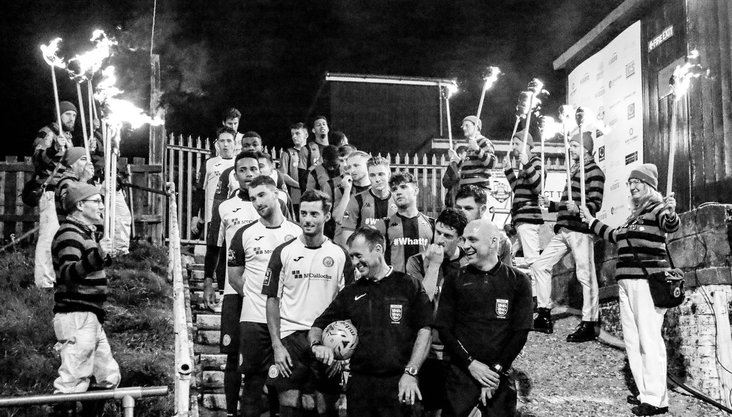 Wingate and Finchley saw Keith Rowland leave, and replaced him with Nicky Shorey and Glen Little- the first not for very long, the second not lasting until the end of the season either.

The South Central Division saw a change at Walton Road, as Molesey boss Sean Booth departed, being quickly replaced by Craig Lewington. He wasn’t the only one to go, as fellow relegation strugglers parted South Park parted company with Mick Sullivan, son to be replaced by Jay Lovett.

On 27th Dean Barker left Northwood- in truth, we’re still not sure entirely why, he’d only been in place since the summer!

And the winner is…

Our Premier Division Manager of the Month was Dorking Wanderers boss Marc White, not for the last time. October saw Dorking Wanderers play four league matches, winning three and drawing the other whilst conceding only one goal. They also progressed in the FA Trophy, as well as taking National League South Gloucester City to an FA Cup Replay.

The North Division saw Julian Dicks pick up the award after winning his first four matches, whilst in the South Central the form of Hayes and Yeading United- three League wins from three, two FA Trophy wins, one Velocity Trophy win- gave the gong to Paul Hughes. In the South East we honoured Dom Di Paola of Horsham, October seeing them play three league matches, winning two and drawing one, win two matches in the FA Trophy- one of them against Premier Division Corinthian-Casuals- and take higher level Poole Town to a replay in the FA Cup.

Dorking, Bowers & Pitsea, Chipstead and Ramsgate picked up our Golden Gloves Awards. Lewes picked up Performance of the Month for that victory at Hornchurch, whilst AFC Sudbury got a second- for their 4-0 win over Maldon & Tiptree. Hayes & Yeading United’s seven-one win over Ashford Town was also recognised, and Horsham won a second prize for that victory over Corinthian-Casuals.

A Bostik Review of the Year! Part Two-September 2018.  The end of summer. The end of three managers. And some fabulous performances- some expected, some less so.