Unhappy Hamlet, even in Hamburg! 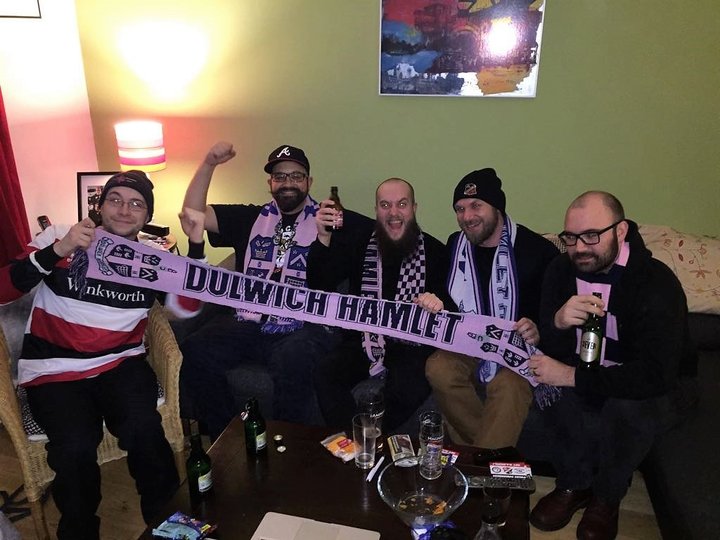 Gavin Rose and Dulwich Hamlet heroes even had fans in Europe cheering them on the Ryman League's flag-bearers in their bid to make history in the Buildbase FA Trophy at Macclesfield Town on Tuesday night!

As well as an army of fans travelling to Moss Rose for the 2-0 quarter-final replay defeat by train, car and coaches laid on by the club, supporters of Hamburg's Altona 93 were willing Hamlet to come back from two quickfire first half goals from the Silkmen and reach the semi-finals of the competition for the first time in their history.

Founded in 1893 and one of Germany's oldest clubs , Altona 93's supporters have been travelling back and forth across the Baltic from their port home as Hamlet's sister club for a number of years. The strong bonds have seen the south Londoners return the favour on regular tours to the continent and last summer Hamlet fans even watched Altona play in their first cup final in 22 years on a live feed at Champion Hill.

Most notably, the community driven clubs have also combined on a number of campaigns led by the battle against homophobia in football and since 2015 have displayed banners at each other's homes marking their international partnership to promote inclusion for all at all levels of the game. 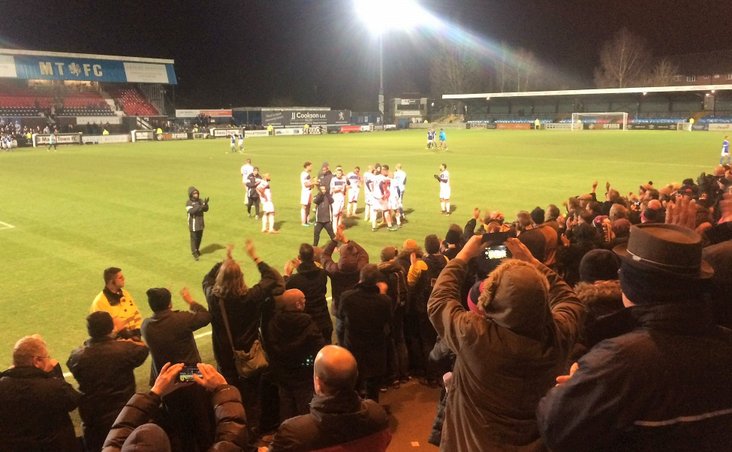 Their overseas supporters, whose club play at the equivalent of the National League in Germany, have been following Hamlet's giant-killing and best run in Non-League's showpiece competition since 1980 as they've overcome Chesham United, Lowestoft Town, Winchester City, Royston Town, Whitehawk and Braintree Town.

Five of the fans are pictured at one get together in Hamburg to cheer on Dulwich when they drew 2-2 in their first meeting with the Silkmen nearly two weeks ago in front of a crowd of more than 2,000 at Champion Hill.

Rose's side bowed out 2-0 in front of a crowd of 1017 in Cheshire, Rhys Browne scoring in the 18th and 20 minutes to end Dulwich's dream of going one better than in 1980 when they were knocked out of the competition at the same stage by Boston. 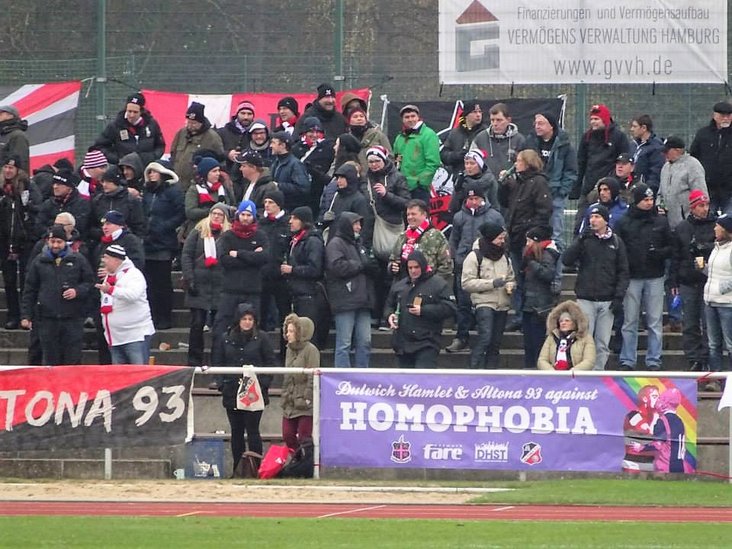 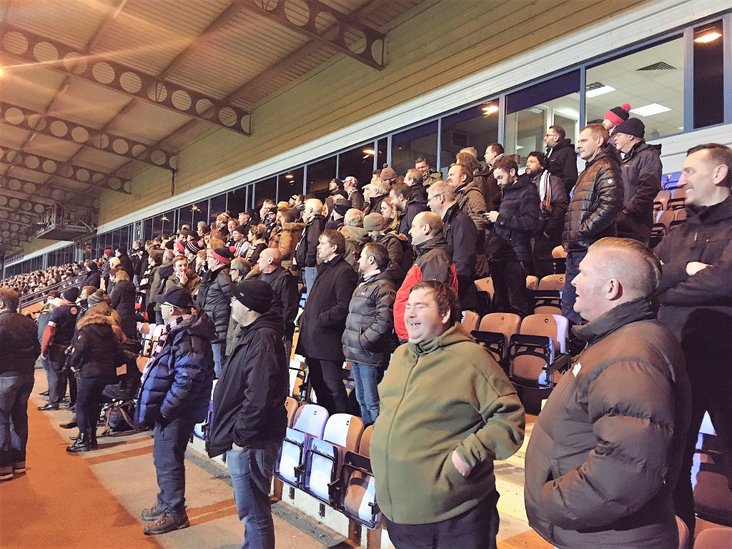 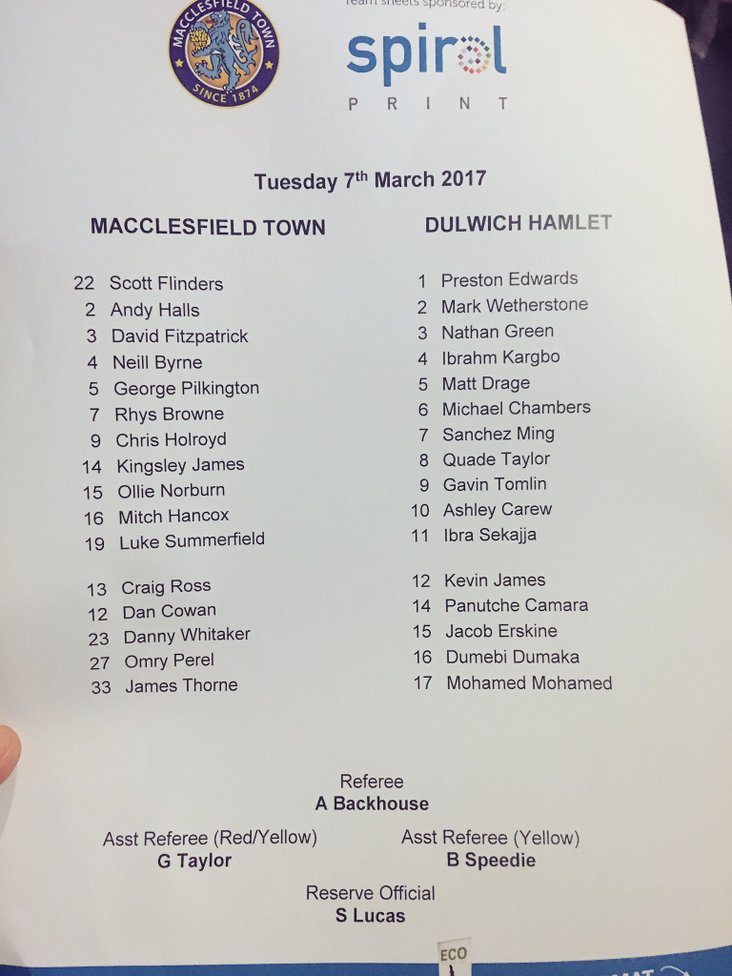 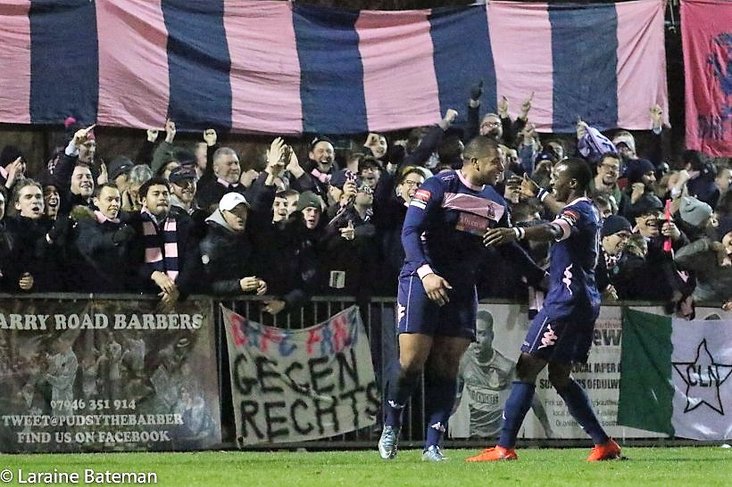 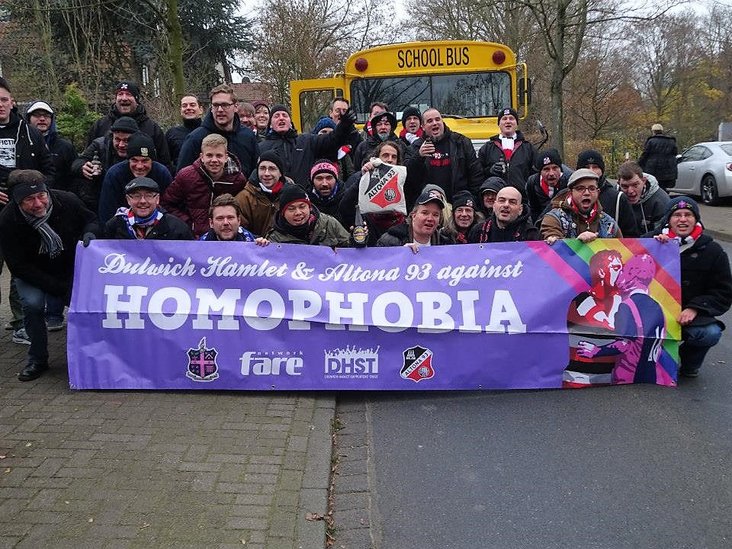 Log on for league and cup scores!  Follow Tuesday night's league action and Dulwich Hamlet's bid to reach the semi-finals of the Buildbase FA Trophy for the first time in their history on the Ryman League's live scores service!