Who will top the table on Saturday evening- Swifts or Millers? 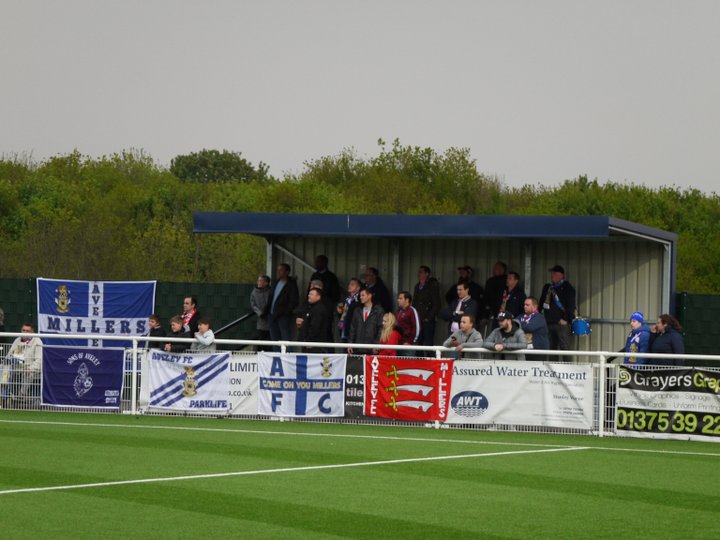 It’s close at the top of the North Division- and the Jammers are having a stutter. Can their rivals capitalise? Our preview of the weekend's matches.

This time last week we were lauding Maldon & Tiptree for their unbeaten record. The Jammers deserved our praise, but they promptly went and lost that record as in-form Tilbury turned them over at Park Drive. We didn’t jinx it, honestly! Since then they’ve travelled to Waltham Abbey in the County Cup, and sent out a relatively strong squad which was then given a lesson by the Abbotts, losing by five goals to one. Has the bubble burst?

We’ll find out tonight as they travel to the Brentwood Arena to take on bottom side Romford. Glenn Tamplin’s side have only two victories all season, and have had so many postponements recently that people might be beginning to think that they’d given up football altogether, but given the quality the former Billericay owner has brought into the club they surely have to start winning soon. Can tonight be the night? Kick off is at 7.45PM.
We won't find out tonight, as their match against Romford has already been postponed. We're starting to believe that the Brentwood Arena has been converted to a swimming pool without planning permission.

Tomorrow both Heybridge Swifts and Aveley have the chance to make sure they end the day on the summit. Both have home fixtures, Swifts taking on Basildon United and the Millers entertaining Witham Town.

Swifts are in their best form of the season, with three wins under their belt and five victories from their last six matches. They went top of the table with victory in midweek. Their opponents have seen a recent management change and a rebuilt squad somewhat undermine their progress, and they travel to Scraley Road with only five points from their last twenty one.

The Millers have lost only one of their last ten league games- a list of victories that gets even longer if we add in their superb progress in the FA Trophy. They’ve scored thirty six goals during those ten matches too, which perhaps should worry Witham just a little, given they conceded seven against Canvey Island in midweek. Town have only one victory from their last six, and conceded an average of three goals a game during that period.

The biggest match of the day comes from Chadfields, where fifth place Tilbury entertain fourth place Bury Town. The Dockers have only lost one of their last ten matches, and of course ruined Maldon’s unbeaten run last time out; whilst Town seem to have bounced back from a run of three straight defeats and have taken four points from their last two matches. The Dockers defeated Town at Ram Meadow in October and will be looking to complete a double, a result which would take them above their visitors into fourth place.

Sixth place Coggeshall Town travel to face ninth place Dereham Town. Both sides recently had five match winless runs, but both have bounced back to be undefeated in their last two, the Magpies taking six points from six, the Seed Growers four. Dereham have actually won more matches on the road than they have at their own Aldiss Park, whilst the Seed Growers have lost only one on their travels, so perhaps that makes the visitors slight favourites? We’ll find out on Saturday.

Canvey Island walloped seven goals past Witham Town in midweek, and are finally starting to show the form that should be coming from a squad of that quality, winning three of their last four. Their opponents this weekend are Soham Town Rangers, who they met less than three weeks ago at Julius Martin Lane and defeated by three goals to one. Rangers have bounced back from that defeat impressively, defeating AFC Sudbury and Basildon United in their last two, and will be no pushover for the Gulls.

Great Wakering Rovers entertain Histon as eighth plays tenth. Rovers have seen a good run come to an end with two single-goal defeats, whilst Histon have only two points from their last twelve and have conceded fourteen goals in the process, so whichever side comes out on top will be delighted to get back to winning ways. Yes, that’s bound to mean it’ll be a draw!

After four consecutive defeats Grays Athletic got back to winning ways last weekend, a last gasp goal giving them victory over Great Wakering Rovers, They travel to face Cambridge City, who also got a one-nil win last time out, in their case after three consecutive defeats. Athletic could climb as high as seventh if they pick up another three points.

Hullbridge Sports have climbed the table with two wins and a draw from their last three matches. They travel to face Felixstowe and Walton United, who are second from bottom and have picked up only one point from their last twelve- but who were impressive in narrow defeat at Aveley on Monday evening.

Finally, AFC Sudbury entertain Brentwood Town as sixteenth plays seventeenth. The Yellows have shown moments of brilliance this season, particularly in victory at Worthing and a recent five-nil hammering of Histon, but have lost their last two matches and indeed have only three wins from ten, form which has seen them slip down the table. Their opponents saw a three match unbeaten run come to an end when losing by a single goal against Heybridge Swifts in midweek, and will hope to quickly recapture the form that saw them defeat Coggeshall and Witham Town’s and draw with Histon.