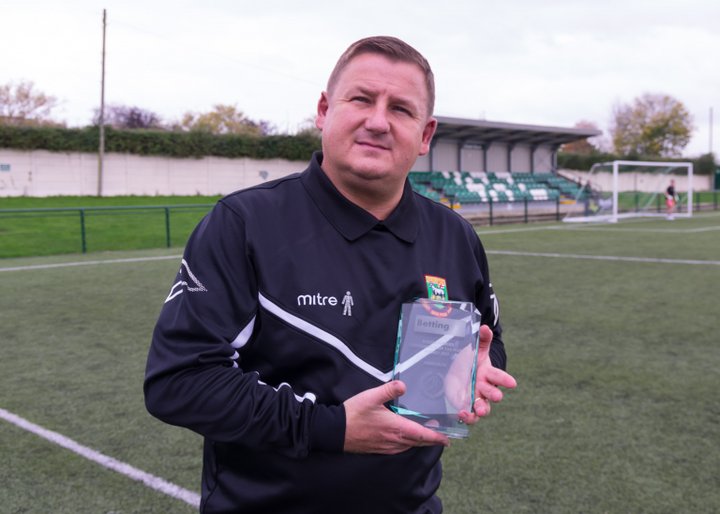 After more than two decades at the club, including thirteen years as manager, Hendon supporters awoke this morning to the news that Gary McCann had left the club to become the new manager of National League South Playoff Finalists Hampton & Richmond Borough. Borough had been searching for a new manager since Alan Dowson left to join Woking last week, and McCann was offered the post almost immediately after his interview.

Beavers Chairman Graham Wood told their website: “Our initial thoughts on likely candidates and subsequent research put Gary at the top of our list.

“The vacancy was advertised but we knew Gary was under contract to Hendon, so we requested permission to speak to him. Permission was granted and we are grateful for Hendon’s co-operation throughout the process.

“Following today’s interview, we are now fully satisfied he is the right man for the job and are pleased to announce that terms have been agreed and Gary is Hampton’s new manager.”

Hendon FC and their supporters have, understandably, reacted to the news with sadness, but also with a number of fine tributes.

'As a Hendon Fan I am absolutely gutted but, I would like to wish Gary well and thank him for all he has done for my club. To all the Hampton and Richmond Fans, please treat him well, as you have appointed a very very good man.'

Hendon Chairman Simon Lawrence weighed in with his tribute:

'We at Hendon FC have been incredibly fortunate to have had Gary McCann at the helm for the past 13 years.

Thank you for everything you have done for us and for all the indelible memories that you leave behind.'

The reaction from the Hendon FC website can be found here, as well as an invitation for interested applicants for the managers job to make contact. We'd like to wish both Gary and Hendon FC- who of course also look to be leaving our fold shortly- the very best of luck for the future, with thanks for all of the good times we've shared.

Pictured: Gary with the betting.net Performance of the Month Award for August 2017.

 A new Rook, a new Angel- and Angelfest! A new signing for Lewes, and one for Tonbridge Angels- who are having a three day party to celebrate!