Sunday social media round up

If you're having a lazy Sunday afternoon following the exertions of Saturday (or Friday if you're a fan of Dereham Town or Bury Town), here's the latest from social media so that you don't have to look!

Tonbridge Angels have confirmed that Tommy Parkinson won't play again this season due to injury. Get well soon Tommy! 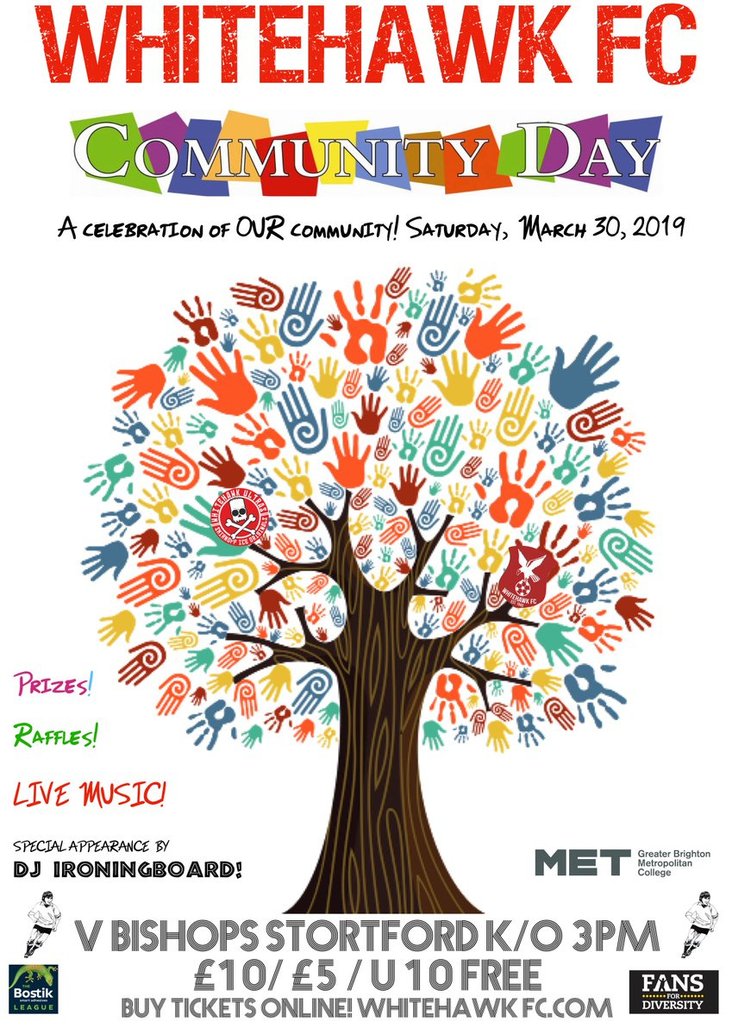 Burgess Hill Town's James Richmond has confirmed that he has left the club. 'Unfortunately my time at the club has to come to an end, would like to thank all the fans for their unbelievable support over the past 3 years means a lot and wish all the boys all the best for future.'

Merstham fans get everywhere. Our image, borrowed from Twitter after being retweeted by the club, shows supporter Gary Lomas and friend- and flag- in Tirana, Albania.

Bishop's Stortford manager Steve Smith still thinks his side can make the Playoffs. Eight points behind, six matches left- it's not impossible, is it?

Whitehawk are hosting a community day against Stortford next Saturday. See poster! 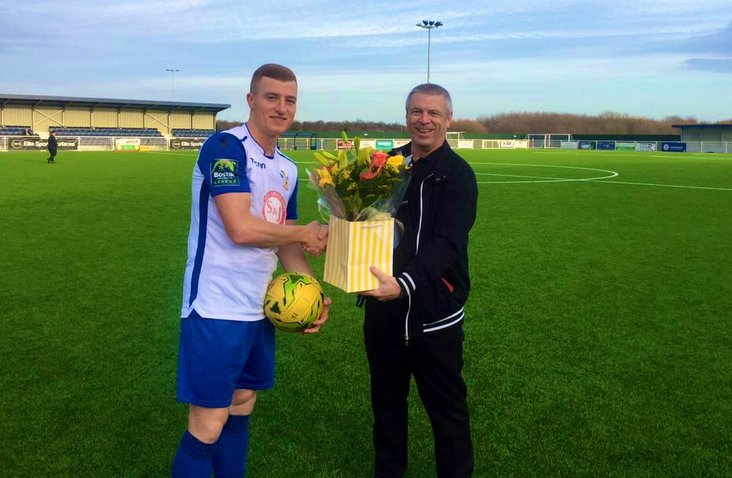 Sam Bantick with matchball, flowers and Craig Johnson- he doesn't get to keep Craig!

Wingate & Finchley slipper Sean Cronin has now taken 14 penalties for the club, and scored 13. That's how it's done, Harry Kane!

Corinthian-Casuals might have Max Oldham out for a while. It seems he suffered a suspected broken collarbone yesterday v Dorking Wanderers, ouch! Get well soon Max!

Aveley's Sam Bantick got a hat trick yesterday, and was presented with the match ball and a bunch of flowers. We hope he doesn't suffer from hayfever! Congratulations Sam! 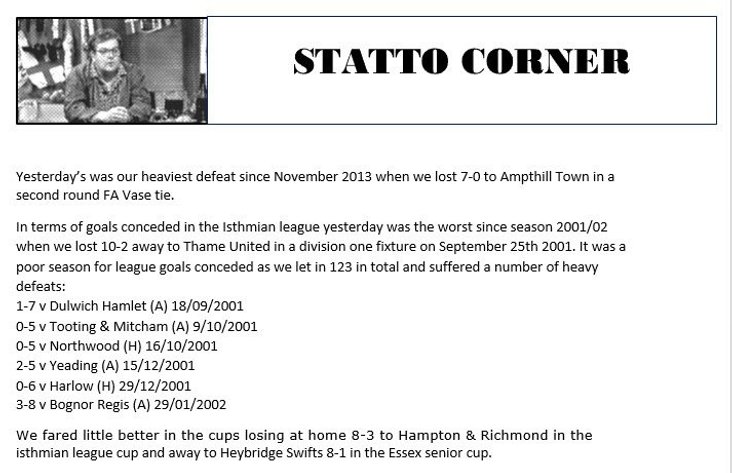 Witham Town manager Mark Ashford was very complimentary about AFC Sudbury's young side after defeat yesterday, but also pointed out that he had ten teenagers in a fifteen man squad. If they're good enough, they're old enough!

Speaking of youth, Grays Athletic took to Twitter to say...'Congratulations to 17 year old @GraysAthYouth Centre Half Robinson Wokoma, who made his Bostik League debut for the club at Heybridge Swifts yesterday.'Congrats Robinson!

Rather than sulking about their 9-0 defeat at Bowers and Pitsea, Barking used the occasion to dredge up some stats about when things were even worse! Good to see them looking on the bright side, because yesterday's defeat aside, things look very positive at Mayesbrook Park. We've attached their stats!

It seems that Duncan Culley is leaving champions elect Hayes & Yeading United. With 37 goals in 59 appearances it surely won't be long before he's banging them in somewhere else.

Phoenix Sports, Faversham Town, Sittingbourne and Cray Wanderers are amongst the clubs congratulation Cray Valley Paper Mills on reaching the FA Vase Final at Wembley. And we'd like to echo those congratulations!

 Get with the e-programme: 23rd March 2019 Our electronic programmes from the weekend