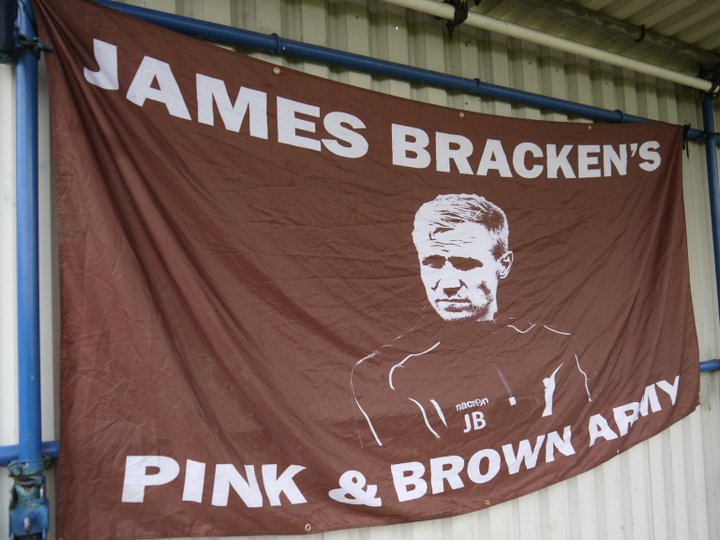 Our midweek action started on Monday in the North Division, where Aveley entertained Felixstowe and Walton United. The Millers fell behind early on as Ollie Canfer gave the Seasiders the lead, but were ahead by the break, George Sykes and an own goal doing the damage. The rest of the action came in the last ten minutes of the match- a period which saw four goals.

First, George Clarke got an equaliser for the visitors- but their parity lasted only one minute before Sykes restored the Millers lead with his second of the match. Alex Akrofi then put daylight between Aveley and their opponents by making it four-two four minutes from time, but there was still time for Clarke to pull it back to four-three in the last minute. The Millers went level on points with Maldon & Tiptree, but have played three matches more.

You can read the programme from the match here.

On to Tuesday now, and in the Premier Division we had one match, as Corinthian-Casuals travelled to face Bowers and Pitsea. Bowers were searching for perhaps the quickest league double in history, as they defeated Casuals 1-0 at King George’s Field on Saturday, but the side that travelled from Tolworth to Essex last night was determined to ensure that lightning didn’t strike twice, and instead struck twice themselves. Benjamin Checklit got the opening goal for Casuals after just seven minutes, and eight minutes after the break Gabriel Odunaike made it two to seal victory for the visitors. Casuals climb above Brightlingsea Regent into twentieth place.

Back to the North Division, and Canvey Island delivered an irresistible second half show to spank Witham Town. Jason Hallet gave the Gulls the lead two minutes before the break, only for Scott Kemp to equalise for the hosts a minute later- but what happened in the first half did not reflect the second period at all. Within nine minutes of the restart Hallett restored the Gulls advantage, and then with twenty three minutes to go Ernest Okoh made it three-one to the visitors. Two minutes later Hallett completed his hat trick, then with fifteen minutes to go Joseph Oluwatobiloga made it five. Three minutes later, with the home fans undoubtedly shouting please make it stop, James White got number six, and there was still time for Ryan Melaugh to add a seventh. Seventh is, coincidentally, the position occupied by the Gulls after this victory.

Heybridge Swifts went to the top of the table- but goodness, they left it late to seal victory. There was only one goal in their match at Brentwood Town, and once more it was Teniola Time, as Alex got the winner with only six minutes remaining. Swifts go two points clear of Maldon & Tiptree and Aveley- however the Jammers have six matches in hand over their local rivals, the Millers three.

Bury Town used their get out of jail free card to good effect to earn a point at Hullbridge Sports. Sports were a goal up after seven minutes through Joseph Wright, and the same player made it two-nil two minutes later. Ollie Hughes reduced the arrears for the visitors, but by half time the Sports two goal cushion had been restored, Kieran Bishop making it three-one. Cemal Ramadan narrowed the gap just before the hour, scoring from the spot, and then two minutes later the comeback was complete as Cruise Nyadzayo got an equaliser. Town remain in fourth place, Sports are thirteenth.

Soham Town Rangers were the third North Division side to score three goals, only they managed to keep a clean sheet against Basildon United. Jordan Patrick gave them an early lead, and Toby Andrews doubled it after twenty six minutes. Sam Mulready put the gloss on their performance with a third just before the end, as rangers climbed to twelfth.

We had one match in the South Central Division, and it was at Mayesbury Park, where Barking were entertaining Uxbridge. Both sides were in good form, and cancelled each other out in the first half before the visitors went ahead due to an own goal just after the break. It took the Blues only five minutes to equalise through Michael Dixon, and it seemed as if the match was going to end as a draw, before in added time Mahlondo Martin got the winner for Uxbridge- a result which sees them climb to fourth, four points from the summit.

You can read the programme from the match here.

Chichester City came into last night’s match against East Grinstead Town having taken seven points from nine, and ended the evening with ten points from twelve and up to eighth place in the table- only two points from a Playoff position and with two matches in hand. Josh Clack gave them the lead eleven minutes before the break, and the same player doubled their advantage just after the hour mark, before Scott Jones rounded off a productive evening for his side with the third just before full time.

Phoenix Sports are seventh after scoring the only goal of the game as they hosted Haywards Heath Town. Jeff Duah-Kessie got that goal, with twenty three minutes remaining.

Whitehawk hoped to bounce back from their rare defeat against Whyteleafe at the weekend by beating Sittingbourne at Woodstock Park, but this years Brickies are tough to defeat. The Hawks took a first half lead through Duane Ofori-Acheampong, but the hosts struck back after the break to earn a point, James Witt with the goal.

On Saturday a late goal gave Bognor Regis Town a four-three league victory over Folkestone Invicta at Nyewood Lane, and the sides met once more last night at the BuildKent Stadium in the first knockout round of the Velocity Trophy- and served up another seven goal thriller with a late winner. This time the victors were Invicta, after a topsy-turvy evening that had earlier seen them go three goals up only to be pegged back by the Rocks. Johan Ter Horst gave the hosts the lead midway through the first half, and immediately after the break Ronnie Dolan made it two. When Jerson Dos Santos made it three-nil on fifty five minutes surely that was game over- but no! Finally the Rocks got going, and three minutes Eddie Wakley got one back. Fourteen minutes from time James Crane pulled it back to three-two, and then five minutes from time Dan Smith got the equaliser. So it seemed as if we were off to penalties, but then right at the death Johan Ter Horst sent Invicta through to the next round.

Into the Second Knockout stage now, and East Thurrock and Cheshunt were separated only by a penalty shootout. Frankie Merrifield gave the Rocks an eighteenth minute lead, only for the Ambers to strike back quickly through Jamie Reynolds and then go ahead two minutes later, Norman Wabo with their second goal. Darren Froxley equalised from the spot just after the hour for the hosts, but when we got down to needing spot kicks to decide the match the visitors were better at them, winning the shootout by four goals to three.

You can read the programme from that match here.

The holders, Enfield Town, were at home to Brightlingsea Regent, and it looked like they were taking another step towards another final when Ken Charles put them ahead midway through the first half. Regent had other ideas, however, and after the break Jordan Barnett and then Jake Clowsley found the back of the Towners net to dump the hosts out of the competition.

Down the road at Wingate and Finchley the hosts search for a victory of any sort goes on, as Margate brushed them aside. Kadell Daniel scored after twenty four minutes and then got another twenty four minutes later, Noel Leighton got a third thirteen minutes from time, and although Charlie Ruff gave the hosts a consolation it was another rough night at Summers Lane.

Finally, Worthing marched into the next round with a two-nil win over a severely depleted Leatherhead. After a goalless first half we had two goals in four minutes midway through the second, Jasper Pattenden with the opener and Callum Kealy making sure from the spot in the seventy-second minute.

 City sign former Seed Growers goal machine- and then they don't! Nwachuku heads to Cambridge, and then leaves before arriving!

Football Programmes of Yesteryear No. 3: Leytonstone v Wimbledon, 1963-64  A small but perfectly formed programme from Wimbledon’s last Isthmian League season- and that of their last title win