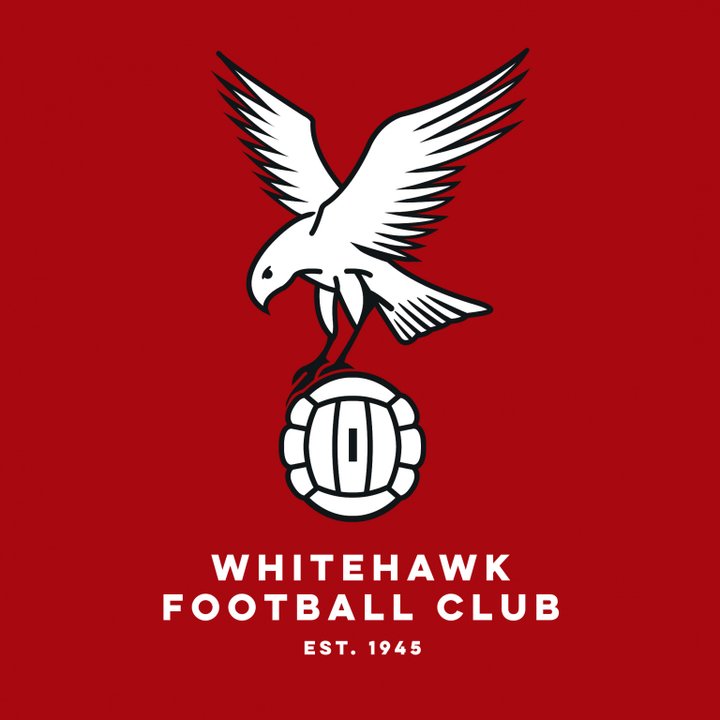 Whitehawk Football Club begin the 2019/20 Bet Victor Isthmian League South Division campaign on August 17 with a brand new club crest and website, as they look to regain their Isthmian Premier League status at the first attempt.

The design, created in collaboration with design agency Pleece and Co, will roll out on all Hawk’s social media channels from July 12, and feature prominently on the new whitehawkfc.com website, designed by Henry Summers and the Hawks media team, led by Adam Hart.

“We’re very excited with the new design, and I’d like to thank Gary Pleece and his team at Pleece and Co who were brilliant in creating the brief. The new crest highlights a stronger,
cleaner, more vibrant Hawks image, and is a platform for a new philosophy at the club that we’ll take into the new season and beyond, and something that we’ve been working on for most of the year.”

“We’ve sharpened up the Hawk, and in deference to the history of the club, added the old ‘leather-style’ football. It’s a classic combination of looking to the future, but taking the history of the club forward with us. The new website is slicker, a lot easier to navigate, and will include more content for fans to interact with, including links to our new on-line ticket site and club shop, as well as the inspirational Hawks In The Community project.

There’ll be links to Hawks TV, Your League TV, and contributions from one of the City’s most famous photographers and Hawk's fan, JJ Waller. It heralds a new era for the club, and exciting times ahead, as we get closer to our 75th Anniversary next year.”

The new club crest will also be incorporated into the renamed Crew Club Hawks FC Junior teams, part of the Hawks in the Community programme.

The new badge will be on show on the kit of the Hawks first league home game of the season on Saturday, August 17, where the club opens the 2019/20 campaign against VCD Athletic.

 Up for the Cup! The draws for the Extra-Preliminary and Preliminary Rounds of the FA Cup have just been released. Here’s the news you need!