Holloway for Hawks...and a trio of new arrivals 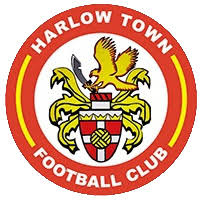 Harlow appoint from within- and the new man strengthens his squad

Harlow Town have announced that Danny Chapman's replacement as manager is his assistant, Mark Holloway.

Mark has been appointed Hawks boss until the end of the season. He has brought in David Collis, who was player/coach at AFC Hornchurch when they won promotion for the North Division, as his assistant. Prior to his time at Hornchurch Dave was a player for East Thurrock United, Hertford Town, Thurrock, Bishop’s Stortford, Grays Athletic, and Ware, amongst others.

Danny has immediately strengthened his squad. First in is Ellis Ashworth, who joins on a dual registration deal from Royston Town after previously plying his trade in the USA. The Hawks seem to think he is a bit of utility player, describing how he can play centre back, right back or in midfield.

The next arrival is a returning player, as Serge Erkarslan returns to the club following a short time at Haringey Borough. Serge started the season with the Hawks, making three appearances before heading to Cheshunt. He doesn't seem to have played for the Ambers at all, and headed to Borough for a brief period, but now he's back at the Harlow Arena.

Can the Mackerel Men extend their lead?  We've looked ahead to all of Saturday's BetVictor Isthmian Premier Division fixtures, to help you prepare for the action! Here's our guide.