Hornets find their sting, Rooks march on- but Moatsiders exit after a thriller 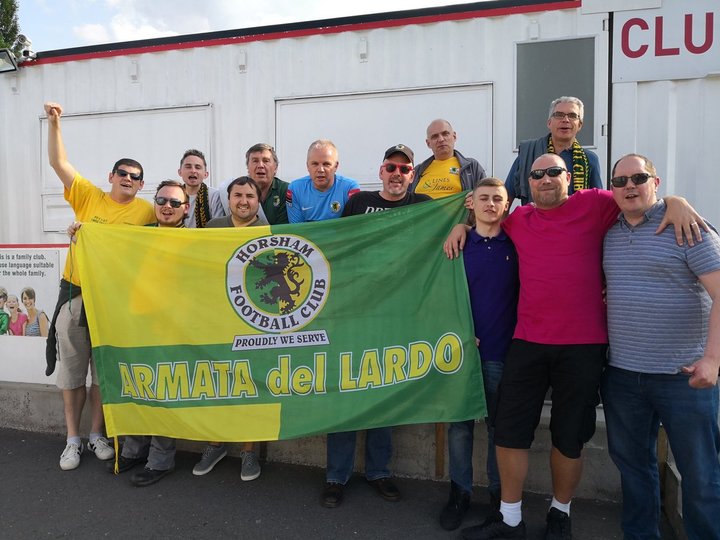 We had three FA Cup replays last night. Here's how they went.

After already knocking out Bostik South Central side Chipstead, Corinthian were not going to be taken lightly by Horsham. A goalless draw at Gay Dawn Farm at the weekend was proof of their qualities, but last night the Hornets made their class count in the replay, walloping five for no reply against the Southern Counties East Premier Division side.

There was a strong ex-Burgess Hill Town look about their goals, four of which were scored by former Hillians. Lee Harding opened the scoring in the 43rd minute, before long serving Hornet Joe Shelley made it two ten minutes after the break. Rob O'Toole got number three, Chris Smith number four, and Dom di Paola's latest former green elephant, Jack Brivio, notched number five with nine minutes remaining. Horsham will now entertain last season's cup kings Heybridge Swifts in the next round.

Along the Sussex coast (and up a bit!), Lewes were playing their second successive replay, this time against Farnborough. There was to be no repeat of their 8-1 replay win over Molesey only a wek previously, but the outcome was similarly positive. Jonte Smith- just back from scoring in an international match for Bermuda- gave the Rooks a first half lead, only to see that cancelled out in the second half, and the match went to extra time with no further goals, so off to penalties. The Rooks made no mistake in the shootout, winning 4-1, and are off to Kings Lamgley- conquerors of Northwood in a Tuesday replay- in the next round.

Merstham, sadly, became the latest Bostik side to crash out of the competition at the hands of SCEFL side Cray Valley Paper Mills, losing 4-1 on penalties in last night's replay after Saturday's match at Moatside was goalless. The replay certainly wasn't goalless, the sides sharing six of them- and the Moatsiders will be cursing their luck after turning a 2-0 lead into eventual defeat. Callum Davies got a first half double and Josh Antonio a last gasp equaliser, but the home side were far more clinical from the spot and now travel to Oxford City.

We also had a match in the Velocity Trophy, as Worthing travelled to Fetcham Grove to take on Leatherhead. The Mackerel Men went into the match unbeaten in all competitions, and left it the same way as a late goal from David Ajiboye, his sixth of the season, sent them through to the next round.