Keep Your Shirt On! 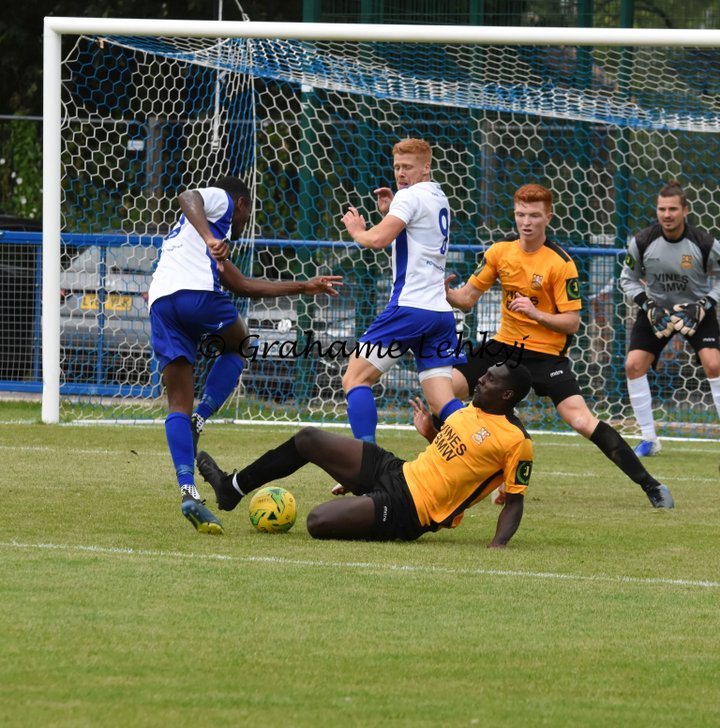 Dave Ellmer, a Haywards Heath Town volunteer and former referee of many years service, has been writing columns for the club matchday programme regarding refereeing. He got in touch to share them with us, and we'll be sharing them with you over the next few days.

Following Haywards Heath Town’s defeat to Three Bridges on August 31st, and the celebration of their second goal, I have decided to put finger to keyboard (well you can hardly say pen to paper these days!) on the matter of goal celebrations.

The Laws of the Game instruct referees to caution players who celebrate a goal by running or jumping into the crowd, covering their face with a mask, or removing their shirt. This sanction does not seem to be working as players just accept a caution as a part of their celebration.

There is no doubt about what happened on this occasion. Photos show the shirt being removed and thrown away before most of the Three Bridges players indulged in an- in my opinion- over the top team celebration.

While football is a passionate game and about scoring goals, celebrations must be appropriate. The Three Bridges celebration, in my view, delayed the restart- which is easy for the referee to remedy by adding time on- disrespected the game, and could have provoked a reaction. There is an FA code of conduct as a part of the ‘Respect’ campaign, and sadly, this has nothing specific about inappropriate celebrations, but it does contain this offering:

“Always show respect to everyone involved in the game”.

Before suggesting a different sanction, I thought I ought to share three incidents relating to goal celebrations from my refereeing days.

Back in about 1980 a team celebrated a goal with a mass pile up near the corner flag. I broke this up with a few well-chosen but unrepeatable words, before telling them to celebrate at their own end. Fortunately it worked and play quickly restarted without their opponents taking umbrage.

About 20 years ago a top flight referee celebrated with a fist punch when playing an advantage that led directly to a goal. The FA asked him not to do it again. The next weekend an advantage I played led to a goal, although the fouled player had initially wanted the free kick. As I returned to the centre circle I spoke to the offender, and next jovially asked the player fouled if he still wanted the free kick. He replied, “No ref, but don’t celebrate!” We both laughed, showing that football does have its lighter moments.

Finally, in an Under 15 cup final I cautioned a player who celebrated scoring their fourth or fifth goal by removing his shirt and swinging it above his head. This is a match I will always remember for the wrong reasons, as after eight minutes one of his colleagues was sent off after breaking an opponent’s leg in two places with a horror tackle.

My solution to an illegal goal celebration is simple and ought to dissuade players. DISALLOW THE GOAL!

 Flashback! Tonbridge Angels v Hendon, August 2017 Given we have no football to watch at present, we're revisiting features from previous seasons. This one takes us back to the opening day of the 2017-18 campaign.

The Isthmian Years- 1957/58  In the first of a series looking at the history of the Isthmian League, we head back to 1957/58, when the Terrors struck Terror and two of our sides contested the FA Amateur Cup Final.