Millers and K's find out their FA Trophy fate 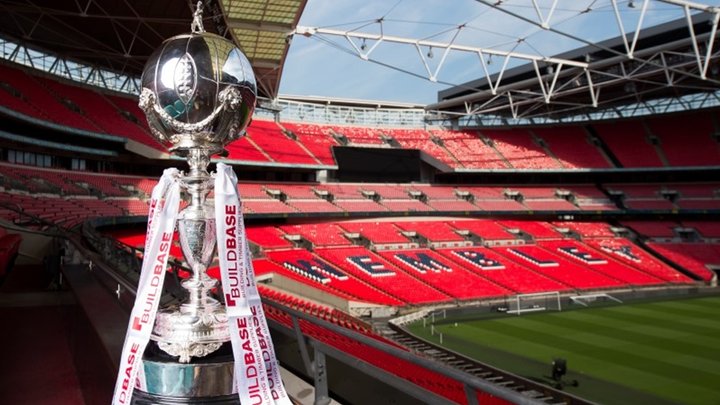 Aveley know they are through to the Third Round of the FA Trophy. Kingstonian have a replay at Leamington tomorrow to get through first. Here's who they will- or might- face.

Aveley have had a magnificent run through to the Third Round of the FA Trophy. On Saturday Hornchurch joined a list of higher division clubs slain by the Millers, who began their run towards Wembley in the Preliminary Round back on October 15th. Before facing the Urchins, Aveley defeated East Grinstead Town, Bowers and Pitsea, Taunton Town, Biggleswade Town and Carshalton Athletic- making Hornchurch their FIFTH giantkilling of the tournament so far.

The draw for the Third Round has just been made live on Talksport 2, with our very own Chairman Nick Robinson drawing the home teams on behalf of the FA (so you know who to blame if you don't like the outcome!), with Talksport's Tony Incenzo drawing the away teams.

The Millers reward for their endeavours is to host another Essex side, Chelmsford City travelling to Parkside. City are currently ninth in National League South.

Kingstonian have also had a superb run in the competition. They defeated Corinthian-Casuals, Blackfield and Langley, AFC Sudbury and National League Woking, before scoring a last minute equaliser when they entertained National League North side Leamington at the weekend. They travel up to Leamington tomorrow for the replay.

If they can get past Leamington, their reward will be a trip to Concord Rangers or Bath City, who also replay tomorrow. City are currently second in National League South, whilst Rangers are in the same division, and currently sit in eleventh place.

 Not a Lone Ranger...there are two! A pair of new arrivals at Soham

Get with the e-programme: 11 Jan 2020  A serving of electronic marmite from the weekend. Guaranteed to have no mention of Prince Harry.