Regent bring back Harvey from the Den- temporarily 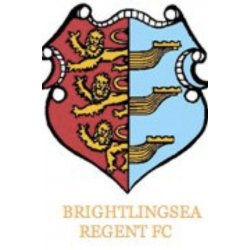 Former Regent winger heads back to the Taydal

Brightlingsea Regent have confirmed the return to the Taydal of young winger Rob Harvey.

Harvey left the Taydal in July after making twenty four appearances last season- mostly from the bench- and has become a mainstay of Kevin Nugent's Under 23 side at Millwall. He has been allowed to head back to Essex on loan 'to gain further senior experience.'

“Rob spoke to me last week and made me aware Millwall were looking for him to go out on loan for a month so I was more than happy to help.

It’s nice that he wanted to come back to us and it’ll be great to see where he’s at now and what progression he's made since signing for Millwall in the summer.

He’s a great lad and the boys will be pleased to see him back, as will the supporters, I’d imagine.

Hopefully in the short time he’s back with us he can add even more firepower to our attacking options."