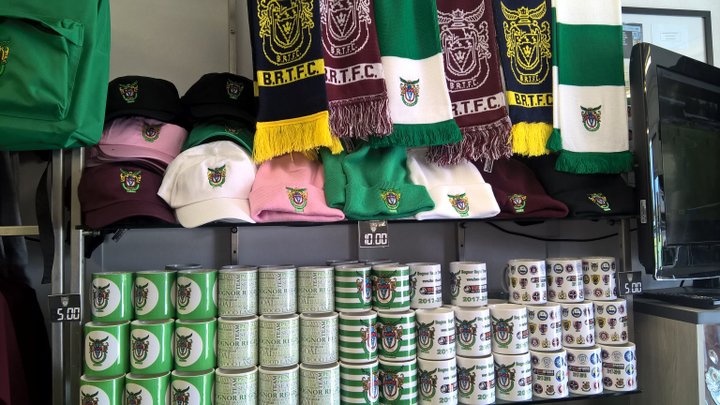 It's our round up of last night's action

Bognor Regis Town have spent the last few days advertising a marvellous new line in green Christmas jumpers, but last night they got into the festive spirit rather early, as- according to boss Jack Pearce- they gave three points to Enfield Town.

Mason Walsh gave the Rocks the lead just before the break, but Enfield came out the stronger in the second half, and goals from Billy Bricknell and Ryan Blackman- the second greatly disputed due to an alleged handball- gave them victory. Talking to the Bognor Observer after the match, Pearce stated:

"We're having a bit of a bad time as a club, and it's performances like that that put managers under great pressure. But (for the second goal) he's handballed it, the referee hasn't spotted it, and when you're struggling for a bit of form and a bit of luck it goes against you. It's a momumental decision. I've seen it on the video and it's as blatant as anything. Why the referee hasn't seen it, I don't know. But that unfortunately is the nature of the game."

You can hear the entire interview with the Bognor boss here.

Enfield move up to fifth, whilst Bognor are now tenth after only one victory from their last seven matches.

In the South Central Division, Uxbridge were hoping to get back to winning ways after their walloping against Ashford Town at the weekend, and it started well, Zaine Gangedeen putting them ahead on the half hour. But hosts Chipstead were soon on terms, with Michak Stanic-Stewart finding the net three minutes before the break, and then Izzy Bademosi scored his customary goal just after the interval to give the home side the lead. Mitchell Wiseman equalised for Uxbridge just after the hour, but it was the home fans who left happy after Daniel Moody got the winner five minutes from time. Chipstead climb to ninth.

We also had matches in the Velocity Trophy, and two of our Premier Division sides met at Woodside Road. Worthing made the breakthrough from the spot on 20 minutes, James Crane with the goal, but Merstham were on terms before the break through Tom Kavanagh, whilst Calum Davies and Walter Figueira made the game safe in the second half.

Bowers & Pitsea were taking on Wingate and Finchley, and two goals in the final three minutes from James Thomas and Luke Hirst shocked the visitors, who must have thought they were home and dry at 3-1 up. Timothy Monsheju and David Manu (2) had got the goals for Wingate, whilst Callum Leahy had notched for Bowers. So off we went to penalties, which the Premier Division side managed to win 5-4.

We had South Central v North at Larges Lane, and it was advantage North when Jack Ainsley put Felixstowe and Walton United ahead. Carl Davies got the equaliser soon after the break, but this was followed by the sending off of Ryan Parsons. Bracknell Town weren't downhearted by this, however, and the ten men went on to score two further goals, Liam Ferdinand and Sean Moore finding the net to see the Robins comfortably through.

Tonight, Lewes take on Corinthian-Casuals at the Dripping Pan in the Premier Division, whilst in the North Division Romford entertain Brentwood Town.

Faal is a Towner  Striker leaves K's on Monday, signs for Enfield on Tuesday