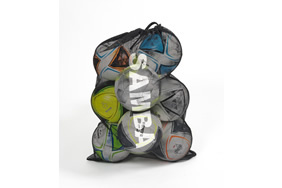 Who had the meanest defence in March? Read on to find out!

Samba Sports are the UK's leading manufacturer of goals- and you can visit their website here. What you'll find, however, is that they are about much more than just the provision of goals! From balls to gloves, from corner flags to water bottles, from coaching aids to captains armbands, if you need it for your club the chances are that Samba will have it (note: they can't supply you with a free-scoring centre forward). They can ever provide you with new dugouts if the old ones are letting in the rain!

Thanks to Samba for their support- and here are our March winners:

We’ve already given Margate manager Jay Saunders the Manager of the Month gong, and anyone who read the reasons why will have noted the line, ‘March saw five straight victories with only one goal conceded,’ and on that note won’t be surprised by what’s coming next! Margate won our Golden Gloves Award for March, but used two keepers, so we’ll leave the club to decide what they do with the prize!

Again, the meanest defence was managed by the Manager of the Month! Who would have thought that these things could be connected? Five matches, five victories, twenty three goals scored, two conceded- Bowers & Pitsea were fabulous at both ends during March. We’re not sure whether Andrew Wilton in the Bowers goal is pulling off save after magnificent save, or whether his defence is excellent, or whether the attack just don’t let the opposition have the ball, but we think it’s probably a combination of the three. More congratulations to the fine folk at the Len Salmon.

We couldn’t have a month without Hayes & Yeading United picking up a prize, could we? Four victories and three clean sheets sends our gloves to the Skyex, where we assume that they’ll be worn with pride by Jack Smith.

Did we mention that Managers of the Month often achieved the feat in no small part due to the efforts of their mean defence? Well we have a win double for three clubs this month, and the third on the list is Ashford United. Sam Mott must have had a number of these awards before, but only conceding one goal in a month is some record, so he undoubtedly deserves another one!