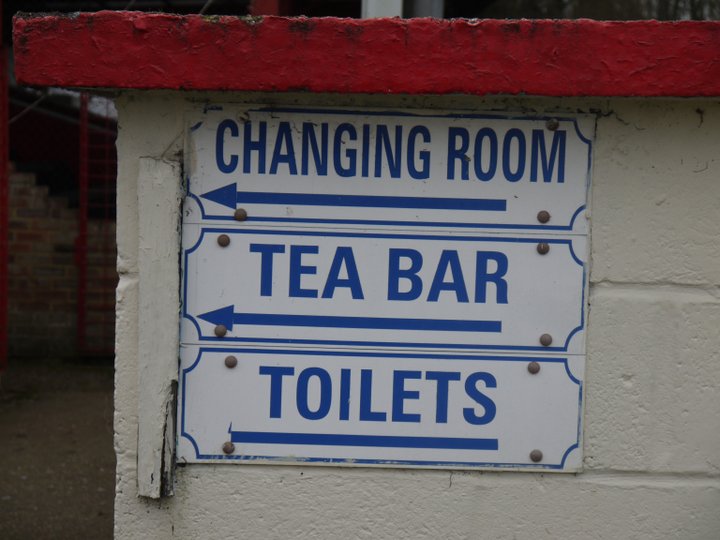 We only had two matches across the entire Bostik League last night, but they were both important, and impacted on both ends of the Bostik South Central Division.

We start our roundup at Runnymede, where Egham Town must be wondering why they didn’t play the entire season without a manager! Since Dickson Gill, their third boss of the season, departed in the middle of last month, the rock-bottom Sarnies have picked up seven points from twelve, their only defeat the first match of that sequence against fellow-strugglers South Park. Last night was undoubtedly the biggest test of their revival, with the arrival of second placed Bracknell Town, a side who need to pick up as many points as possible to ensure home advantage in the Playoffs and also because points per game may turnout to be all important when the season ends.

Anthony Thomas put Egham ahead in the ninth minute, and the home side held onto that lead until midway through the second half, when Matt Day found an equaliser. The Robins must have been the favourites to go on and win the match at this point, but they were rocked once more when Kiemon Robinson got what was to prove the winner, twelve minutes from time.

Egham are still eight points from safety with only four matches left to play, so a great escape- and it would indeed be great- remains unlikely. However those four matches start with a trip to fellow strugglers Hertford Town on Saturday, and their other three opponents have nothing left to play for but pride, so unlikely may not yet be impossible.

The Sarnies were certainly helped by what was happening a few miles down the road in Molesey. The second bottom Moles looked to be doing themselves a power of good, three-two up over promotion-chasing Marlow as the match entered added time; but somehow the visitors managed to score twice to turn the result on its head and close to within two points of Bracknell.

There was no sign of what was to come in a goalless first half, but after the break the crowd were royally entertained. Joe Yeates gave the home side the lead after fifty two minutes, only for Chris Ovenden to equalise almost immediately, then just after the hour the Moles restored their advantage, Dre Grobler with the finish. It took a quarter of an hour for Marlow to strike back, James Clarke with the leveller, but with six minutes remaining Ryan Marklew restored the home lead and, as added time began, surely that was that? Marcus Mealing had other ideas. First he kept his cool to equalise from the spot, and then he still found time to bag a winner, leaving the poor Moles shellshocked.

Molesey would have climbed out of the bottom two with victory, but they remain two points behind Hertford Town.

Get your name on Margate's shirt- along with The Libertines  Band extend shirt sponsorship- and purchasers can have their names on the shirt too!