Shoot out glory for Rocks, shoot out woe for Borough, and goals galore elsewhere! 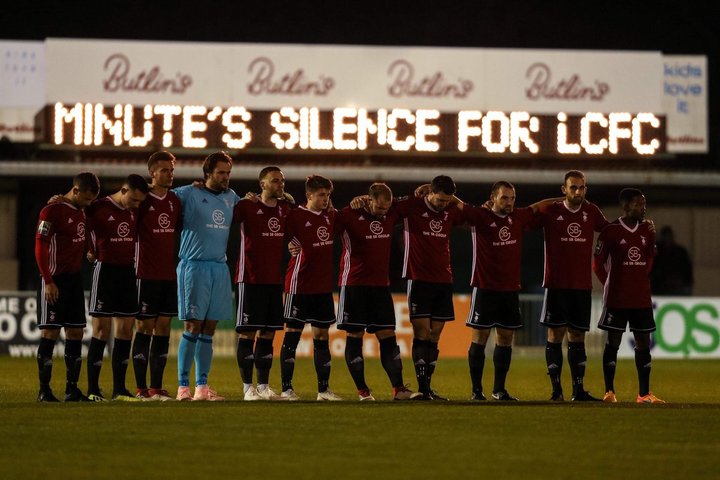 Last night’s matches weren’t short on goals, drama or excitement. Here’s a round up.

We had four FA Trophy replays last night, and none of them were short on drama! After a 2-2 draw in the original match, Bognor Regis Town and Bracknell Town managed to replicate that score once more at Nyewood Lane- but the Bostik South Central side were unlucky, having been 2-0 up after just fourteen minutes only to concede an eighty-eighth minute equaliser. Adam Cornell and Liam Ferdinand had given the Robins that advantage, and although Calvin Davies halved their lead eight minutes before the break the Robins were only two minutes from glory when Jimmy Wild, on as a substitute, threw the Rocks a lifeline. On we went to a penalty shootout, which Bognor won 3-2.

Haringey Borough and Chesham United also managed a 2-2 draw, Chinedu Mckenzie and Charley Barker scoring for Borough, but in their case the shootout didn’t bring glory, as they fell 3-1. Kingstonian also dropped out of the competition, on the wrong end of a share of five goals at Bedford Town; Elliott Buchanan and Alfie Doughty actually giving the K’s a 2-1 lead midway through the second half before Town grabbed two more to win.

At Woodside Road we had a Sussex derby, and Worthing took an early lead through Sam Rents before Andre McCollin cancelled that out for Burgess Hill Town. Ollie Pearce gave the Mackerel Men the lead once more eleven minutes from half time, and that’s how it remained until the end.

In the Premier Division AFC Hornchurch and Merstham cancelled each other out, the Urchins waiting until even minutes before the end to score- through George Purcell- only to concede an own goal three minutes from time to give the Moatsiders something to travel back to Surrey with.

We had drama and goals in the North Division. Maldon & Tiptree hadn’t managed to win in three matches, whilst Bury Town had two straight victories, but last night the Jammers leapt above their opponents in the table once more, doling out a 4-1 thrashing at Ram Meadow. Matthew Briggs, De-Carrey Sheriff (2) and Sammie Mcleod did the damage, with Ollie Hughes replying for the home side. Bowers & Pitsea remained unbeaten and moved up to second in fine style at Tilbury, winning three-nil with goals from David Knight (2) and Lewis Manor, whilst Coggeshall Town are third, after a first half strike from Joshua Pollard was the only goal of the game at AFC Sudbury.

Into the South Central Division, and our two matches produced ten goals. Hayes and Yeading United now have an incredible thirty seven goals in nine league matches, last night slamming five past sorry Uxbridge. Lee Barney and Hassan Jalloh got two each, the other going to Scott Donnelly. Marlow did almost as well, grabbing four at home to Hanwell Town. They got two in each half, Calam Gallimore opening the scoring, Kameron English getting the next two, before Isaac Osei-Tutu rounded things off. Williams Danquah got a late consolation for the Geordies.

In the South East Division four sides competed, and four goals were scored- but one team got all of them. Hastings United walloped Greenwich Borough at Pilot Field, and went second in the process- Youssouf Bamba, Sam Adams and a very late double from Daniel Ajakaiye doing the damage. Ramsgate and Horsham played out a goalless draw on the Kent coast.

We also had three matches in the Velocity Trophy. Cheshunt defeated Brentwood Town 2-1, a first half double from Yvan Jourdan enough despite Harry Larke’s late consolation, whilst a double from Adam Youseff and an own goal were enough for Folkestone Invicta to defeat Sittingbourne 3-1. Mobolaji Dawodu had earlier given the Brickies the lead.

Corinthian-Casuals and Chipstead played out a 0-0 draw at King George’s Field, but the South Central side triumphed 4-3 on penalties.

Headline image borrowed from our friends at Football in Bracknell, taken at Bognor Regis Town.

 Sparks to fly for Jay! Lovett takes the reins at Whitehall Lane