Swifts and Jammers fight for supremacy 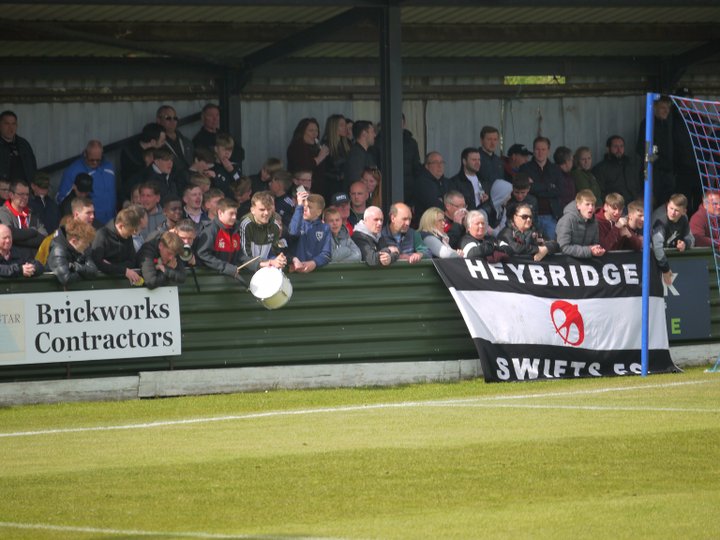 Heybridge Swifts host our game of the day, as Tilbury come to call. whilst Romford could even get off the bottom this weekend. It's our preview of all of the North Division action.

Maldon & Tiptree and Heybridge Swifts are level on points at the top of the North Division, but any local arguments about which one is best can probably be sorted out easily. Jammers fans can point out that their side has seven matches in hand over their local rivals and a goal difference a full twenty-nine goals better. That said, both have tricky matches this weekend and could easily swap places.

Maldon travel to face Dereham Town. You never know quite what you’re going to get from the Magpies, but you can generally guarantee goals- only the top three have scored more. The hosts haven’t a win from their last three, whilst the Jammers have scored fourteen goals during the same period- but they have proved fallible of late, losing a penalty shootout in the Velocity Trophy in midweek and losing that match to Tilbury a few weeks ago- their only league defeat this season. The Magpies will take heart from that, and could climb to seventh with victory.

Swifts have a match against the only team in the Division to go their last ten matches unbeaten- fourth place Tilbury. The Dockers have twenty six points from their last forty; form which has seen them soar up the table; whilst Swifts will still be smarting from letting a two goal lead evaporate in the last minute against Canvey Island last weekend to only pick up one point. They had won their previous two matches, and indeed have picked up three points on seven occasions during their last ten. Match Postponed.

Third place Aveley are five points behind Swifts with five games in hand- but have still played two more games than the leaders. The Millers have been busy killing giant after giant in the FA Trophy, Chelmsford City the latest ones to bite the dust- but on Saturday they get back to the bread and butter as they travel to AFC Sudbury. The Millers have only one defeat in ten, whilst the hosting Yellows have been rather up and down, losing three of their last five.

Bury Town staged a late comeback to beat Histon last timeout, but a collection of injury troubles have seen them drop to fifth place. They travel to face a Grays Athletic side who have fallen to twelfth place after good early season form evaporated. The hosts have only one win from their last ten matches, that coming almost a month ago when a late Joao Carlos goal saw them overcome Great Wakering Rovers. Joao has been the brightest spark for Athletic this season, with eighteen goals in all competitions.

Sixth travels to eighth as Coggeshall Town head to Histon. The Seed Growers are unbeaten in three matches, whilst their hosts don’t have a win during that period but did draw the first two before that defeat to Bury.

We have a seaside battle as Canvey Island head to Felixstowe and Walton United. The Gulls are up to seventh, seven points off a playoff berth, but will want to pick up three points if they really have ambitions of a top five finish; whilst the Seasiders have an even greater need for points as bottom side Romford have closed to within three points and have five games in hand. This has been designated a "Pay What You Want" match, so you can, erm, pay what you want! Match Postponed.

Great Wakering Rovers, who have slipped to tenth place due to a run of one win and four defeats from their last five matches, host Cambridge City. City saw a run of three consecutive defeats come to an end with victory against AFC Sudbury last time out, and will hope to build on that.

Eighteenth place Brentwood Town take on thirteenth place Witham Town in a match that will take place at Princes Park, home of National League South side Dartford. The Blues will be desperate to start picking up points after losing their last four, whilst Witham have followed a four game losing streak of their own with two victories, against Romford and Basildon, and have the luxury of a comfortable mid table position as a result.

Hullbridge Sports, in fourteenth, take on bottom side Romford. The visitors have suddenly clicked, winning their last two matches against relegation rivals Felixstowe and Brentwood, but Sports were in fabulous form before losses to the Jammers and the Swifts and will hope to recapture that as they were five matches unbeaten before the top two came to call. MATCH POSTPONED.

It’s the big one!  We’ve a titanic top two clash as Worthing host Folkestone Invicta. Can the visitors cut the Mackerel Men’s lead to two points- or will Worthing be eight points clear at full time? Here’s our Premier preview.