That was the season that…wasn’t- a review: January 2020 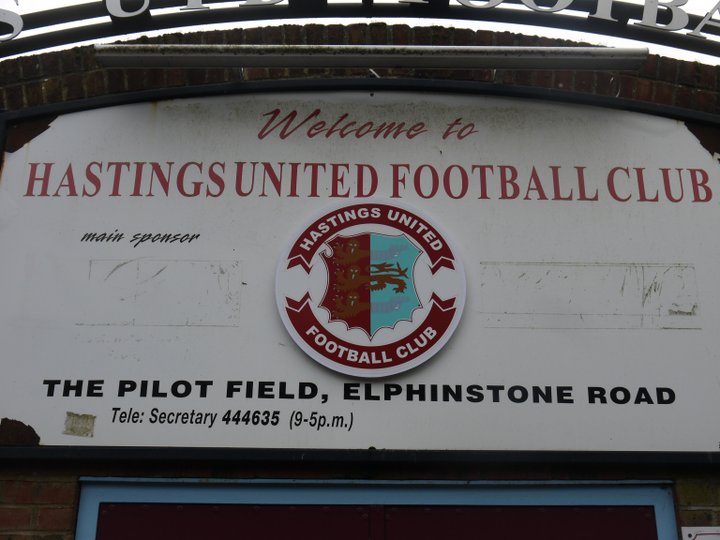 The season may have come to an unexpected end, but there was some fine football before it all went wrong. We review the best bits, month by month

We started the new decade with a collection of new signings at Heybridge Swifts, Cambridge City, Staines Town, Sevenoaks Town, Merstham and Margate. And then we had our first matches, and only one of that sextet managed to win- stand up Heybridge Swifts!

Folkestone Invicta started the decade on top, putting four goals into the Moatsiders net, whilst Worthing remained hot on their heels with a three-nil victory at Bognor Regis Town- the sweetest way for a Mackerel Man to start the year. Rob O’Toole scored what might have been the goal of the season as Horsham defeated Lewes.

The North Division performance of the day went to AFC Sudbury, who got five at Histon, with Freddie King getting three, whilst Adam Vyse of Basildon United also got a hat trick as his side defeated Grays Athletic. In the South East Division East Grinstead Town arrived at Pilot Field with memories of their twelve goal hammering at the hands of hosts Hastings United fresh in their minds, and United were four-nil up after thirteen minutes- but only got one more after that, winning five-one.

Our latest set of awards were announced. The December Performance honours- courtesy of Supreme Trophies and Engraving- went to Kingstonian- for the second month in succession, Aveley, Tooting & Mitcham Utd and Sitingbourne; whilst our Golden Gloves Awards- thanks to AB1 Goalkeeping- saw victories for Worthing, Maldon & Tiptree, Westfield/Chipstead and Hythe Town. Our Manager Awards- as always sponsored by Anderson Travel- saw Adam Hinshelwood pick up the Premier Division award at Worthing, Wayne Brown winning for Maldon in the North, Tony Reid at Westfield picking up the South Central prize, and Steve Watt and Hythe Town winning in the South East.

Romford made even more signings, three new arrivals bringing the total to seven hundred and seventy six (that might be a slight over-estimate).

Our first Saturday of the month saw no change in leadership across all four divisions. Folkestone Invicta and Worthing ended the day with one point apiece, whilst Maldon & Tiptree had their lead at the top of the North Division cut by a points deduction but soon increased it once more, defeating second place Aveley three-one. Great Wakering Rovers scored four against Dereham Town to cement their place in the top five. A Ware win over Chertsey Town kept them top of the South Central, whilst Hastings United remained at the South East summit with the only goal of the game against Whyteleafe. The big winners of the day were Ashford Town, who smashed seven past Burgess Hill Town at the Green Elephants Stadium, Aaron Condon with three of them.

Into the next week, and East Grinstead Town announced five new signings as they tried to climb out of the basement- but the big transfer news came from Romford, who announced the signing of Louie Theophanous- only half a day after his departure from Kingstonian was confirmed because “he needed to take a break from football.” Within a few days Theophanous had another three new team mates, as the Isthmian office had to take on new staff just to deal with the mountain of paperwork.

Mind you, if that was the big transfer news, the announcement that Enfield Town striker Muhammadu Faal was off to Bolton Wanderers was pretty big, too.

January 7th saw fixtures in League and Velocity Trophy, and in the latter Maldon slayed another giant, this time Haringey Borough. Enfield Town and Margate were also big cup winners, scoring five goals each against Staines Town and Carshalton Athletic respectively. The League saw an important win for Bowers and Pitsea at Merstham, Whilst Tilbury defeated Heybridge Swifts three-nil, Coggeshall Town got five against Histon, Tooting & Mitcham Utd got four against Chalfont St Peter, and Chichester City got three at VCD Athletic.

The following Saturday saw Aveley slay their fifth giant. This one was Hornchurch, who hosted the Millers but were knocked out of the FA Trophy as Harry Gibbs got the winner.

Worthing jumped Folkestone Invicta to take over at the top of the table- and they did so in style, thumping six past Merstham to take their tally of league goals to fifty five so far. Invicta got only a point, and Horsham closed to within three points of them with victory over Corinthian-Casuals.

Maldon & Tiptree went further ahead in the North Division, defeating Great Wakering Rovers, whilst Romford remained bottom after losing their sixth match of their last seven, at Cambridge City. Westfield walloped leaders Ware in the South Central Division, going second with a four-nil win, whilst Hanwell Town were the new leaders after they came from behind to defeat Marlow. Hastings United remained top of the South East Division.

Basildon United lost another boss, this time interim manager Kris Newby the man to depart. Burnham Ramblers manager Alex Salmon was his replacement- their fifth manager of the season. Long serving Harlow Town manager Danny Chapman was next out of the door, leaving the South Central club after nine years at the helm.

Storm Brendan wiped out nearly all of our midweek fixtures, and a few the following weekend, too. January 18th saw Worthing go one thousand, four hundred and forty minutes without defeat after they won three-nil at Brightlingsea Regent, and Bognor did the Mackerel Men a favour by beating their closest rivals, Folkestone Invicta. Merstham won at Horsham, whilst Enfield Town won the A10 derby, defeating Cheshunt.

Maldon & Tiptree suffered their first league defeat of the season, Tilbury the victors, whilst Bury Town put four past Felixstowe and Walton United. Westfield followed their South Central defeat of Ware by beating their replacements at the top, Hanwell Town- and in so doing went top themselves- whilst Tooting & Mitcham United hit six first half goals against FC Romania, and Uxbridge got five at Ashford Town. Hastings stayed top of the South East Division, whilst Ashford United were just behind them after winning their sixth match in a row, this time defeating Sevenoaks Town four-one.

Our next set of midweek fixtures saw Aveley go level on points at the top of the North Division with Maldon with a four-three win over Felixstowe and Walton United- the Jammers with three games in hand, whilst Canvey Island got seven against Witham Town. Jason Hallet got three of them. Aveley were then leapfrogged by Heybridge Swifts, who defeated Brentwood Town but went top having played six matches more than their local rivals.

The last Saturday of the month saw Worthing stay five points clear by defeating nine-man Cheshunt, whilst Folkestone stayed on their tails by beating Corinthian-Casuals. In the North Division, Heybridge Swifts time at the top came to a speedy end as they lost at home to Basildon United, whilst Aveley took advantage, hitting the top by defeating Witham Town four-two. Tilbury defeated Bury Town, whilst Dereham Town got four against Coggeshall Town. The South Central lead changed again, Westfield losing to Barking, which allowed Ware to go top once more with a narrow victory over South Park. Hanwell Town were third, Uxbridge fourth. Waltham Abey got five against Northwood, Chertsey Town six against Hertford Town.

In the South East Division Hastings United went five points clear despite only getting a draw against Sevenoaks Town, as Cray Valley PM defeated Ashford United.

In midweek, Folkestone Invicta moved within two points of Worthing by defeating Hornchurch, whilst Cray Valley PM continued their climb up the table by sticking five goals past VCD Athletic.

Casuals the latest club to turn to crowdfunding  Corinthian-Casuals have become the latest in a long line of clubs to ask for financial help from their supporters- but help comes with prizes!