Tooting organise a Festival of Football!

August 31st is the date for your diary

Not only will the first team be taking on Northwood, but their 'Little Kickers' will be mascots and showcasing their skills at half time. There will be fabulous food, and family activities including a penalty shootout against Terror the Tiger and an Inflatable Bungee Run. We've no idea what the last one of those is, but it sounds like fun!

Kids go free with an adult ticket, and if you don't have any kids and can't borrow one from a relative then there's also a 'buy one ticket, get one half price' offer to get you and a friend a cheap afternoon out. 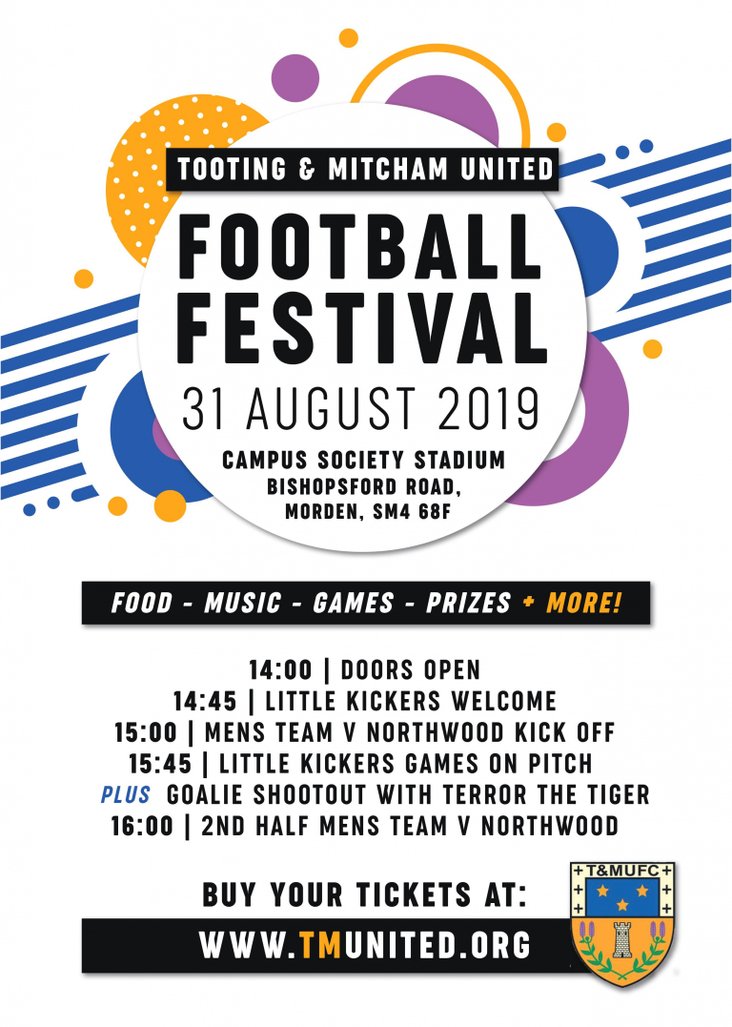 Activities start at 2PM, and the match kicks off at 3PM- that's of course if Tooting have any players left, as lately they all seem to be leaving to sign professional contracts.

The Campus Society Stadium is a five minute walk from Mitcham Tram Stop- just turn left out of the station and keep walking!

 BetVictor Isthmian League- supporters predictions 2019/20: Bedfont Sports We’re going South Central once more. Can you smell the aviation fuel and hear the roar of jet engines? Then we must be at Bedfont Sports!

So many new Woods it's almost a forest!  Northwood bring in FIVE