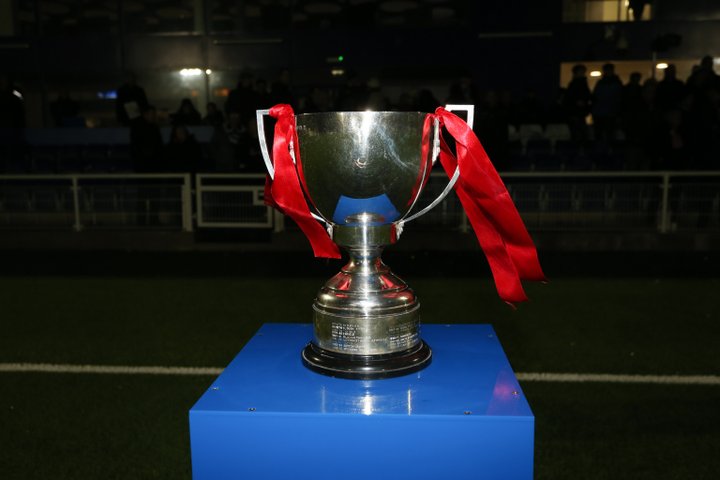 We've made the draw for the Semi-Finals. There are six teams in it!

The Velocity Trophy is one of the many competitions which has been hit by the weather over the last few months, but we can tell you that one of the Semi-Finals will be between Horsham and Cheshunt. The other? Well, that's a little more complicated.

Bracknell Town know that they will be away from home in the second Semi-Final. But as yet they don't know whether they are off to the Kent coast to play Folkestone Invicta, the Essex coast to play Brightlingsea Regent, or somewhere just slightly closer to take on Basildon United.

Regent know that they are firmly into the Quarter Finals, and they know they have to travel. They don't know yet whether they have to travel to Basildon or to Folkestone, because the two have yet to start their knockout match in the last sixteen.

Yes, it's confusing, but hopefully you can decipher that!

The match between the Bees and Invicta will be played next Tuesday, 3rd March. We are fairly confident that it will at last be played, because it has been moved to Parkside, home of Aveley. Once we have the rest of the dates we'll let you know.

Congratulations to the Hornets, the Ambers and the Robins. Perhaps it's no coincidence that two of the confirmed Semi-Finalists play on 3G!

 Rooks lose to Rocks, K's win the battle of King George's Field, and Yellows are more athletic than Athletic Our round up of Wednesday night's action in the Premier and North Divisions

Going to Sussex- or leaving Sussex- over the next few weeks?  Then you might be interested in the latest news from Highways England