Visit Jail, then arrive in Folkestone! 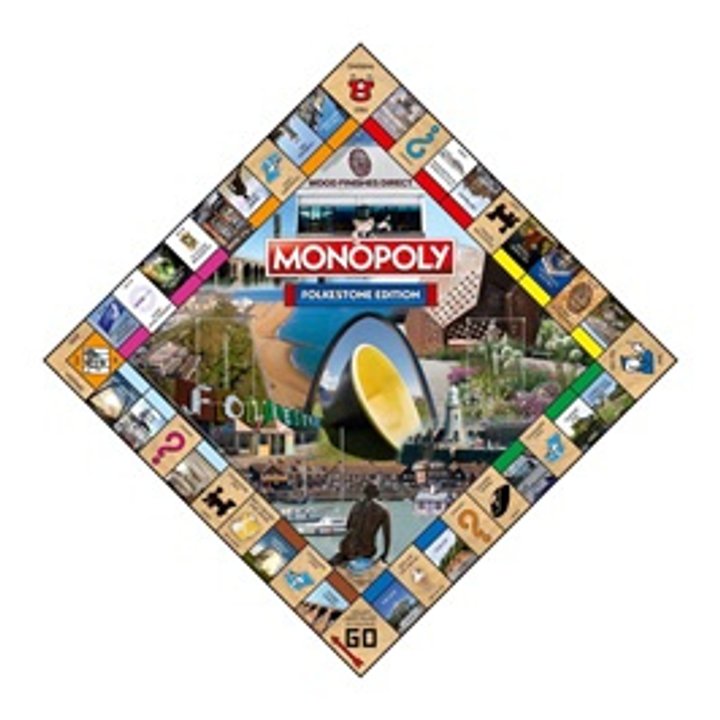 Invicta feature in the new Folkestone edition of Monopoly

If you take a Chance and purchase the newest edition of Monopoly, you might find yourself throwing a double six and landing in a rather familiar place- as Folkestone Invicta feature in a newly released edition focusing on the delights of their home town.

Invicta's Neil Pilcher saw that there was a Folkestone-themed version of the best-selling game planned, and immediately got in touch with Jennifer Lau, Custom Games Executive at Winning Moves UK - who are producing this game under official license from the Monopoly brand, owned by Hasbro.

'I met up with Jennifer and explained about the club’s history and how we are an integral part of the community. A few weeks later, I got an email back from her letting us know we were going to be included, which was a real feather in our cap. Mind you, after she had told me and Chairman Paul Morgan, we had to keep it secret for five months before the game came out, so it was a relief when it was actually launched on Friday!'

You can purchase the new game from the usual toy and game outlets, including that enormous online retailer named after a rainforest. Try not to get your lunch stolen by a seagull.

Match of my lifetime: David Powell, Canvey Island  David takes us back to 2008, as Canvey travelled to face Redbridge in the North Playoff Final.