Wanderers close the gap on a night of snowmageddon! 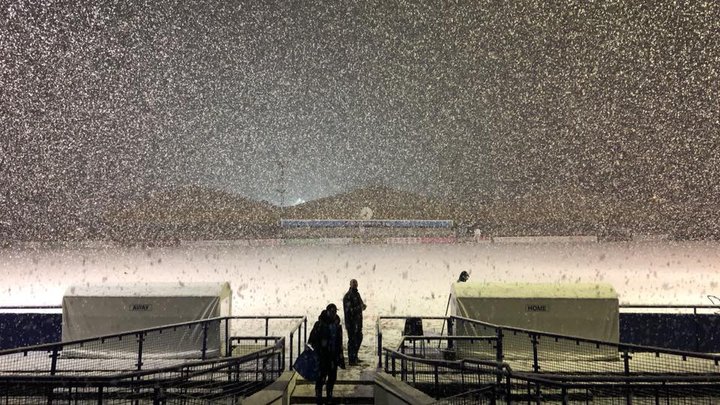 We had some big matches scheduled for last night. Some of them went ahead...

By half past six yesterday evening the snow- and our matches- had begun to fall. When Marlow announced the postponement of their County Cup tie due to the weather we crossed our fingers and hoped that our league programme would survive unscathed, but we hoped in vain, as down went Molesey, Hayes & Yeading United and Wingate and Finchley- the latter providing the kind of scene that wouldn't look out of place on a sporting Christmas card, as you can see above (courtesy of the club Twitter feed).

Despite the weather, a number of our clubs managed to shiver through ninety minutes, and the chief beneficiaries were Dorking Wanderers, who closed to within two points of Premier Division leaders Haringey Borough. Marc White's side went into last night's match unbeaten in five since losing to Merstham just before Christmas, and managed to make it six- Luke Moore's goal eleven minutes from time the only breakthrough of the match. Opponents Enfield Town lost their third match in a row and are now tenth- albeit only three points off the playoffs.

The side occupying that last playoff spot are Worthing, the Mackerel Men travelling to Brightlingsea Regent last night and doing what nobody had done since Lewes on 12th December- emerging from a match with Tom Rothery's men with three points. Perhaps Regent just aren't keen on sides from Sussex? Goals from Ollie Pearce and Jalen Jones- who seems to have forgotten that he's meant to be a defender, having now scored in three of his five matches since joining the club- were enough to lift Adam Hinshelwood's side five places. Regent are eleventh, but again, only three points from the top five. 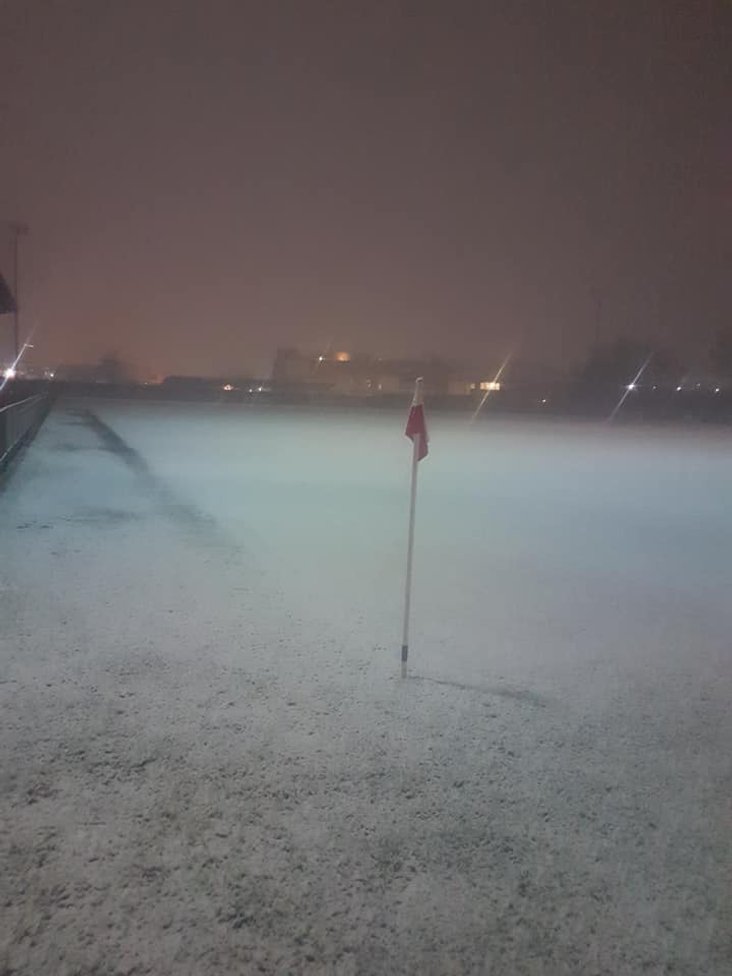 Our only other match to survive was in the South East Division, where a much improved performance from Sittingbourne couldn't stop them falling to a home defeat against VCD Athletic. Malachi Hudson gave Vickers the lead in the 21st minute, only for Roman Campbell to equalise for the Brickies with twenty one minutes remaining. Sadly for the home side parity didn't last long, substitute Dominic Vinent- on for Hudson- putting Athletic back into the lead only four minutes later, and the away side held on to move to within one point of the playoff places.

Tonight we have matches at the Dripping Pan and Parkside, as Lewes take on Margate (with admission free) and Grays Athletic entertain Aveley.

A midweek festival of football!  We've some big midweek matches to look forward to- including a free match on Wednesday. Here's our guide.